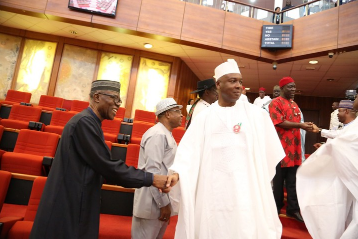 The Deputy SE was seen today at the Plenary exchanging pleasantries with other senators.

Ike Ekweredu caught the attention of curious Nigerians with this coded handshake which many Nigerians referred to as a Occult secret handshake. 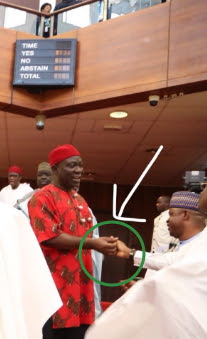 It is a well know fact that most politicians are into the occult world. This is how they get away with most crime they should have been jailed for.

17 thoughts on “Photo: Saraki Deputy Ike Ekweremadu’s Occultic Handshake Everyone Is Talking About”