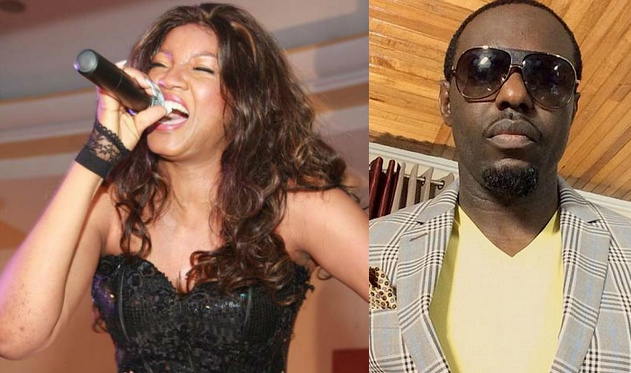 Genevieve Nnaji
She is one of the movers and shakers of the motion picture industry both in Nigeria and abroad. In 2005, after she was suspended from acting alongside some of her colleagues. Genevieve took a shot at music with t h e release of the song, No More. She went on to get a mouth-watering recording deal in Ghana, but it wasn’t even enough to make her a force to reckon with in the music industry. She is one of those Nollywood superstars who failed in their attempt at music. 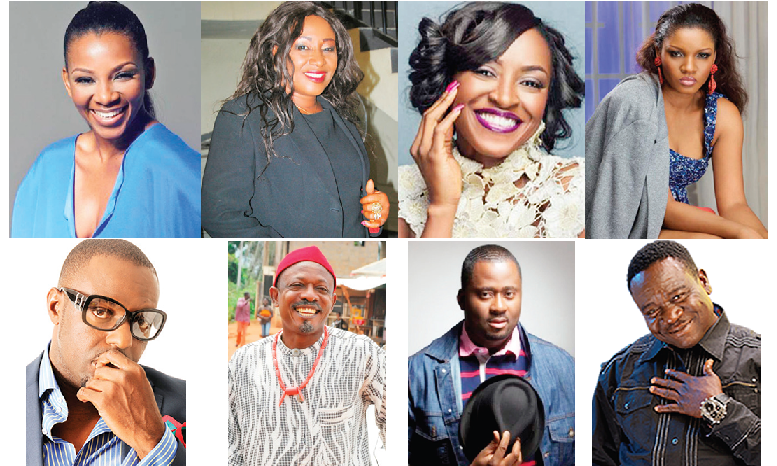 Patience Ozokwor is a famous Nollywood actress popularly known as Mama G. She hails from the Eastern region of Nigeria. Few years back, the widow and mother of three delved into music, releasing two or three tracks, one of the songs featured controversial actress, Tonto Dike and popular comedian, Charles Awurum. She released the video for ‘Adaeze’, a single off her ‘Ojadili’ album in 2012. The thespian, who is well respected among her peers for her great acting prowess, has also tried her hand in music like her peers, but it didn’t go past being just a single as it didn’t cut through.

Henshaw is also one of the actresses in Nigeria who have worked on several projects and has become a household name in Nollywood. The delectable ebonycomplexioned actress shocked many people with a gospel musical video a couple of years back. Kate’s entry into the music scene, however, was like a flash in the pan. There was nothing to show that she is a better singer than other actresses who are rocking the microphone. From all indications, Kate may have agreed with critics that she lacks the carriage, courage and drive to realise her dream as a singer. Kate Henshaw was also credited withr writing one of the best singles ever used in a Nigerian movie. The song titled ‘Treasure’ was the soundtrack of ‘A Million Tears.’

She is one of the best and most celebrated Nollywood divas. Highly successful as an actress, but several attempts by the beautiful wife of pilot, Matthew Ekeinde, at music did not make a hit. This is despite her being an established movie celebrity. She was one o f the thespians who tried their luck in music in 2005 after they were banned by the then Ejike Asiegbu-led AGN regime. That year, she released a single entitled ‘Gba,’ and was followed by a video and album. Despite the massive hype, the album was indeed a failure. She has since released another album and songs like ‘Missing You’ and ‘Feel Alright,’ yet, she has made little or no impact in the music industry.

Otherwise known as Mr. Ibu, John Okafor is a highly skilled and successful actor who has carved a niche for himself. Regarded as one of the most hilarious actors in Nigeria, Mr. Ibu has sev- e r – ally claimed that he has a good voice and can sing. He actually released an audio/video album some years back, but it cannot be regarded as a success. He had since returned to his original talent – acting.

Until recently when she announced that she is now a born again Christian, Anita was hitherto referred to as a Nollywood bad girl. Though she was enmeshed in a lot of controversies, Anita has proved her mettle as one of the future talents in Nollywood. Between the years 2008/2009, she released a single and consequently performed in a couple of shows, including the News of The People Awards held at Sheraton Hotels, Lagos. Even at that, she has yet to make any spectacular statement as a singer. Right now, she is set to drop two new gospel singles, claiming that God directed her to do so during the nationwide fuel subsidy removal strike.

The list of wannabe Nollywood singers will not be complete without the name of controversial actor, Jim Iyke, being mentioned. The former Globacom ambassador also romanced music when he released the song, ‘Who am I,’ featuring one of Nigeria’s finest artistes, Tuface Idibia. Jim, whose genre of music is rap, was actually keen on making a statement musically and he spent a fortune on radio and television hypes. Yet, his music career was short of being a success. The actor also did another entitled, ‘Born to do this.’ It featured Mike Word and Puffy T on it, but it did not make any impact either.

Popularly referred to as Osuofia, Nkem Owoh is a highly successful actor. At a time, he was the highest paid Nollywood actor, raking millions from every script that came his way. But when he decided to grab the microphone and consequently released the song, ‘I go chop your dollar’, it did not sleep on a bed of roses. The audio and video of the song were banned on air due to their lyrical content. Osuofia went ahead to record another song, ‘Olamma,’ but it was also short of being a success.

Before he tried his hands on politics, Hon. Desmond Elliot had delved into o t h e r things; music was one of them. While he may have succeeded in politics, the Nollywood actor/ director didn’t record the same hit in music. Honestly, I don’t see how he could have. Not with the way he was singing, ‘I am so glad that Jesus loves me.’ Anyway, we are so glad that Jesus loves us and died for us, because God knows what we would have done to that man’s vocal chords if that wasn’t the case.

A lot of people would expect Tonto Dikeh to top the list, seeing as she won’t stop. At the beginning of her musical career, which has since pushed acting to the the backseat, Tonto was ruling download charts in Nigeria. The rea-son wasn’t far-fetched: Everyone wanted to know what business she had with singing. Well, the business hasn’t been revealed yet, but with the recent decline in the one thing she had going for her – ruling download charts – one can tell for s u r e Mrs. Tonto Dikeh Churchill i s high for still trying this music thing.

There is no doubt that this naturally endowed actress possesses a sonorous voice, but it is obviously not enough to give her a hit in the music industry. S h e has recorded a couple of songs and also shot some videos, but her efforts were not enough to guarantee her musical success. One of her songs is entitled ‘Me and You.’ Through this, she had hoped to connect with her fans in some musical videos, but the fans seem to be looking the other way.

She is an actress of note, but like her colleagues, Shan’s attempts at making hits through music have so far been futile. She has performed in a couple of gigs, including the annual ‘Felabration’ and has released an album. But like her fellow movie stars, she could not make any impact as a singer. But now that one of her sons is into the business, who knows, she could do a collabo with him.

The half-caste actress also tried her hand at music, but was quick to withdraw after realising that it was a tough terrain for her. Nollywood wannabe singers, learn from her. She once labelled herself an ‘all in all’ as far as entertain- ment is concerned. Fans are still expecting her to conjure a miracle that will resurrect her dying music career since she has not been featuring in movies recently.

The delectable actress has a voice that would make most established divas go green with envy. She eventually proved her singing prowess with the release of her debut single track titled ‘Don’t make me.’ How better the star actress is lyrically when she is compared to her peers in the trade has become a hot topic of discussion among her fans and foes. She had planned to release an album titled ‘Dakorious’ in 2009.

Delectable Stella Damasus also tried making a hit at singing but like her other professional colleagues in Nollywood, she got her hands burnt Ooops! After failing to take the music scene by storm, Stella ‘relocated’ to the United States, where the grapevine alleges she is now married to Daniel Ademinokan, the estranged husband of Doris Simeon, another Nollywood actress.
What is not yet clear now is whether she could still go back to music, or perhaps do a collabo with Daniel.