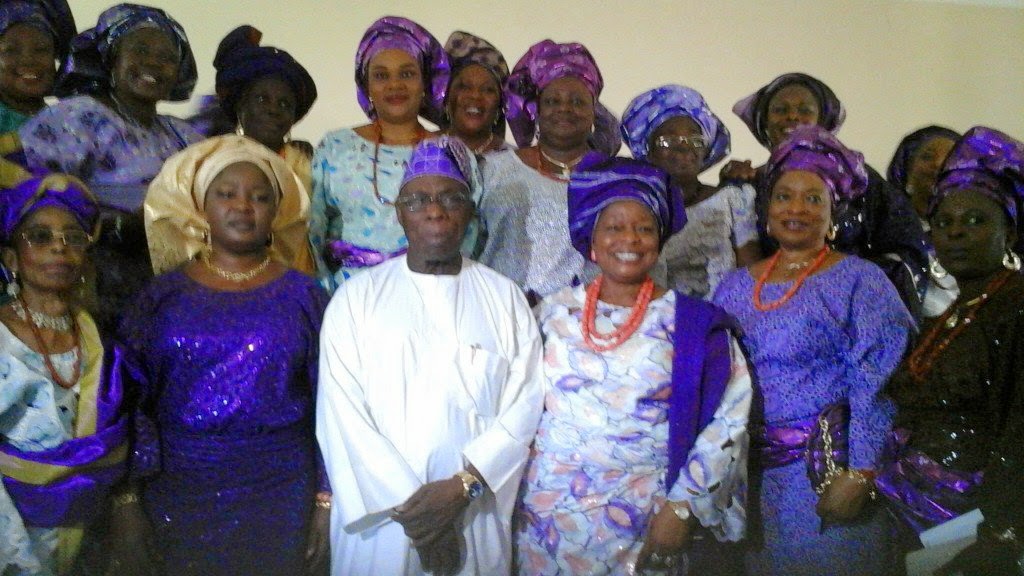 Ex-President Obasanjo today said Nigerians have a new opportunity in the incoming administration to make the country work again.

The elder statesman said this at his Hilltop mansion during  a courtesy visit by women leaders in the South West.

Obasanjo who noted that the new opportunity is God – given, said the “good things” about the next administration is that the man that would head it – Buhari, is neither “a green – horn nor a novice” in governance.

According to him, Buhari was once in the saddle before, even if it was under a ” different circumstance” and would use his experience to navigate the country to the path of right direction.
He noted that Nigerians are quite clever and advised Buhari to be honest and truthful with them, saying he should not do “cover up” or try to play “ostrich” on them.

He said that there is a very high expectations about the in-coming government to sort things out quickly for Nigerians, but also added that there is equally a high level of goodwill locally and internationally in its favour.

OBJ urged Buhari “not to be frightened” by the enormous expectations and the daunting challenges of the country.

According to him, Buhari should take the right steps within the next three months of being sworn – in when Nigerians are watching and counting to see what would be done to better their lots.
He prayed Nigeria and Nigerians would not miss this opportunity Good has provided to get the country out of a jam

Earlier, the Iyalode of Yorubaland, Alaba Lawson, who lauded Obasanjo for his fatherly role to Nigeria, appealed to him not to refrain from offering quality advice to the in – coming administration.

She said Nigerians are in agonies over fuel crisis, unemployment, insecurity among others and urged the former President not to abandon Buhari in the onerous task to make Nigerians proud again as two good heads are better than one.

Continue Reading
You may also like...
Related Topics:abeokuta, obasanjo, visit