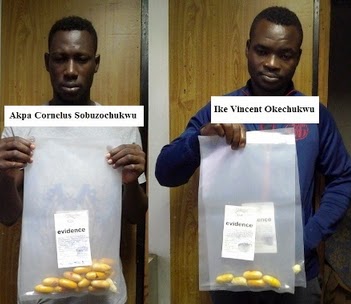 4 drug dealers are currently in NDLEA custody for allegedly attempting to smuggle cocaine out of the country via MMIA Airport in Lagos. 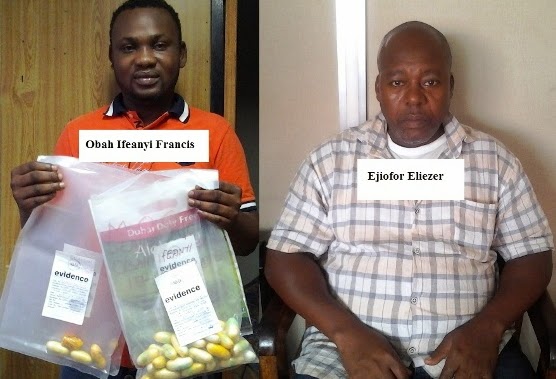 The suspects were busted during the screening of passengers on board Qatar and Emirates airlines.

Eliezer, who excreted 100 wraps of the drug, told investigators that poverty pushed him to commit the crime, adding that he had intended to use the expected proceed to fend for his family of four.

“I live in Brazil, where I work in a supermarket and lived with my wife and four children. Life in Brazil is tough because I live from hand to mouth. It was poverty that made me to smuggle drugs. I took risk by swallowing 100 wraps of cocaine for N200,000 because of poverty.”

“I am single and have been working in Brazil for two years. At present, I work in a bakery and my salary is meager. My plan was to give the drug to a friend in Dubai, but he did not come to collect the drug as planned. This was how I had to come to Nigeria with the drug. I blame my friend for my arrest because I would have made S15,000 (about N2.8m) from the deal.”

NDLEA promises to charge the suspects to court soon.

The quest for ‘more money’ has brought this guys into a life of sorrow.