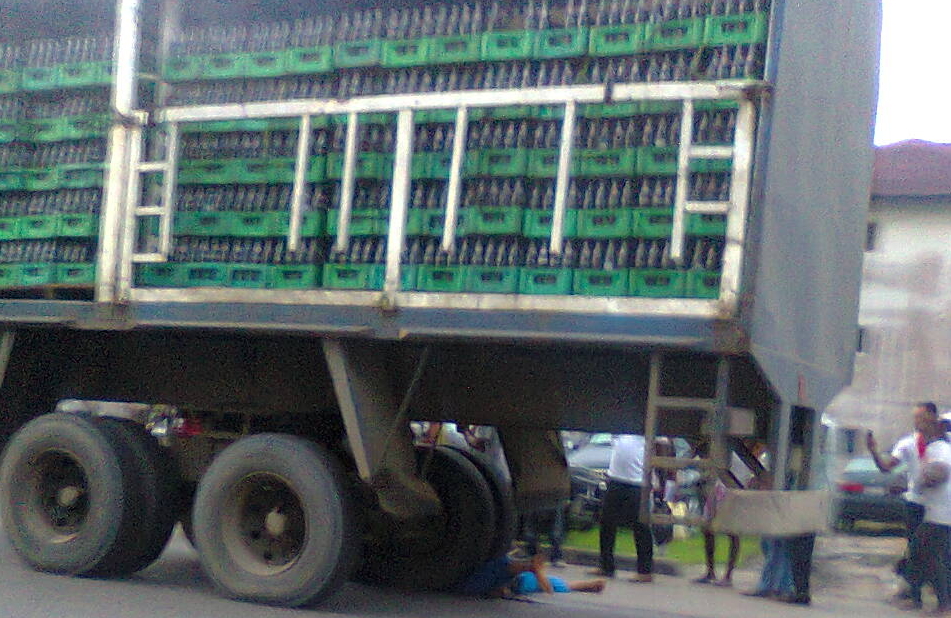 A Seven up delivery truck sent a middle aged man to his early grave in the wee hours of yesterday Monday the 28th of September 2015 along the popular Trans Amadi industrial road in Port Harcourt.

The identity of the victim wasn’t revealed but NaijaGists.com gathered that he was a mechanic working on the truck while workers were offloading crates of seven up before the tragedy struck. 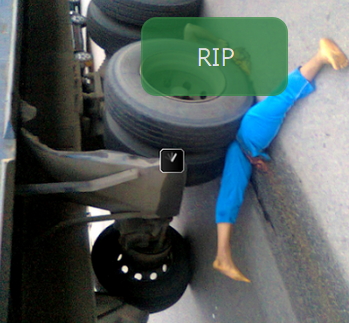 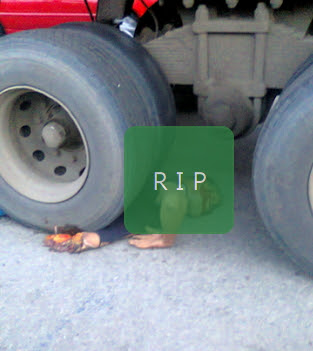 This is too gory. May his soul rest in peace.