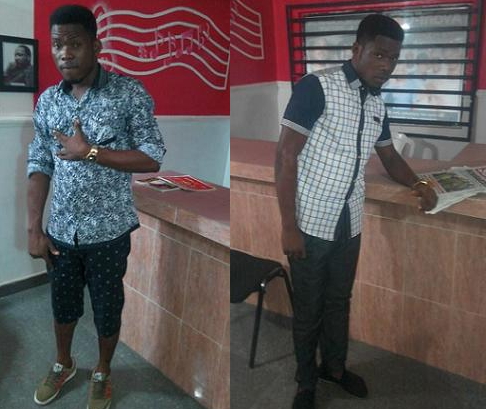 One of the high profile murder cases of 2015 has been reported in Akwa Ibom State, Nigeria.

Pictured above is a very brilliant and hardworking barber who was murdered in cold by his friend who also works in his barbing salon.

Steven Onowa pictured below poisoned Daniel Solomon and beheaded him this past Tuesday, the 28th of July 2015.

According to police report, the suspect owe the victim N750,000 so when it was time for the victim to pay the rent for his flat, he demanded for the money. He allegedly got angry when the suspect couldn’t pay back the money he  lent him back in 2013. 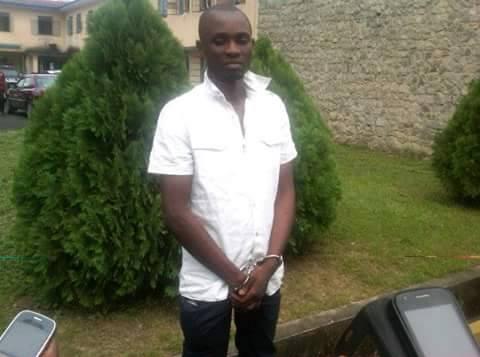 Since the time an argument broke out between the two, the suspect has been planning to get rid of him in order to get away with the money.

Onowa told police he invited Daniel to his house for a drink which he had already poisoned.

When Daniel arrived, he drank the poisoned Orijin beer and slept off. While asleep Onowa took a matchete and cut off his hands, legs, heads and stuffed everything in a travel bag. He then dragged the bag to Itu Road, a popular street in Uyo and left.

“At about 3.00 a.m on Tuesday, I decided to kill him.
“I gave him the first cut, the guy got up; I gave him a second one and he died and I butchered him to parts,” the suspect confessed.

The victim hails from Uruan LGA of Akwa Ibom State

Onowa is currently in the custody of Uyo Police Command

Note: Due to the graphic nature of these photos, we can’t display it here.

See links to the photos below….PLEASE BE WARNED IT IS GRAPHIC