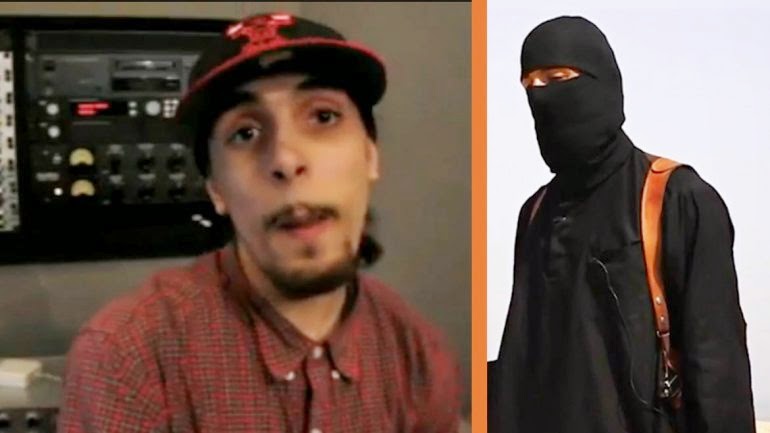 The key executioner of an innocent American Journalist, James Foley in Syria few days ago has been identified as a British rapper.

According to British and American intelligence services, 23-year-old Abdel-Majed Abdel Bary (pictured above) beheaded his fellow human being last week several months after he left the UK to join the ISIS (Islamic State) terrorists in Syria.

Government sources disclosed that the masked man with British accent is known as Jihadi John among the ISIS terrorists.

In the video, released by IS last week, a man with a British accent can be seen brandishing a knife while standing next to a kneeling Foley before beheading him. The gruesome clip ended with footage of Foley’s decapitated body lying on the ground.

Bary, whose songs have featured on BBC radio in the past, last year left his family’s house in Maida Vale west London. He lived with his mother and five siblings in what was described as a “£1 million home.”

UK Foreign Secretary Philip Hammond was quoted by the Sunday Times as saying that Islamic State is “turning a swath of Iraq and Syria into a terrorist state as a base for launching attacks on the West.”

Speaking of Foley’s executioner, Hammond said that “it is horrifying to think that the perpetrator of this heinous act could have been brought up in Britain.”

Foley’s death “is a reminder to us all that Islamic extremism in Iraq and Syria is not only causing huge suffering in those countries but is also a barbaric ideology threatening us at home,” he said.

His father, an Egyptian citizen Adel Abdul Bary was believed to be a close confidant of Osama Bin Laden. He was extradited from the UK to the US in 2012 for his alleged involvement in the 1998 bombings of two US embassies in east Africa.

Earlier this year Bary the son tweeted a picture of himself from Syria holding a severed head, with the message “Chillin’ with my homie or what’s left of him.” The pictures was apparently taken in Raqqa, a key position seized by the Islamic State as carved out large swaths of Iraq and Syria for its self-declared Islamic caliphate.

Bary’s rap lyrics, which in the past focused on drug abuse and violence, seemed to become increasingly hostile to authorities after the extradition of his father.

In his most recent video clip, posted to YouTube in March this year, he talked of his anger at his father’s 1998 arrest.

“Give me the pride and the honor like my father, I swear the day they came and took my dad, I could have killed a cop or two,” . “Imagine then I was only six, picture what I’d do now with a loaded stick. Like boom bang fine, I’m wishing you were dead, violate my brothers and I’m filling you with lead.”

See more photos of the devil in human form below: 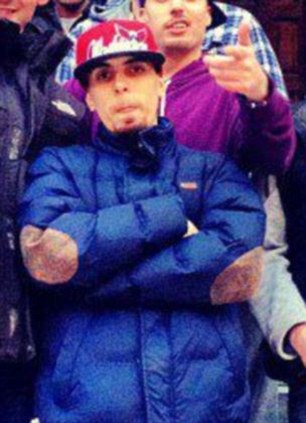