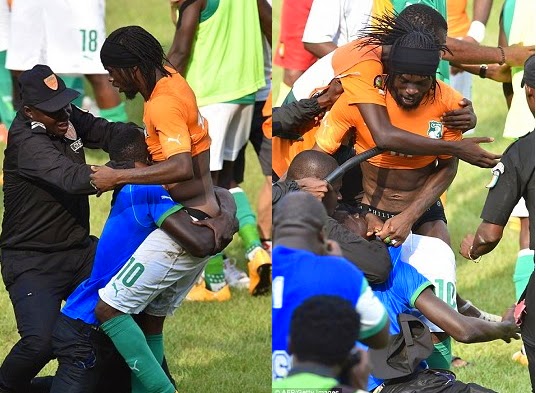 Fans invaded the football field yesterday after pulling down the crossbar.

The fans attempted to strip the players after Ivory Coast 0-0 draw against Cameroon footballers in Abidjan on Wednesday the 19th of November, 2014.

Still unsure if they did it out of excitement or anger because the team qualified for AFCON 2014.

The timely intervention of police officials armed with batons saved the day yesterday. 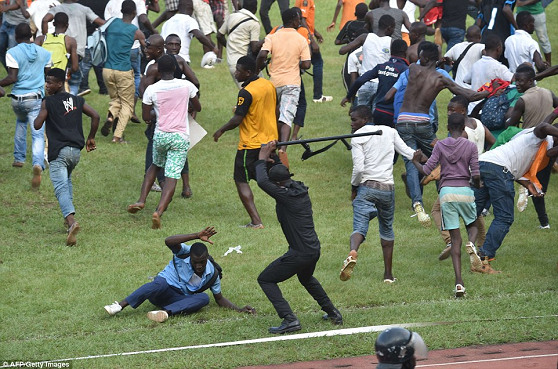 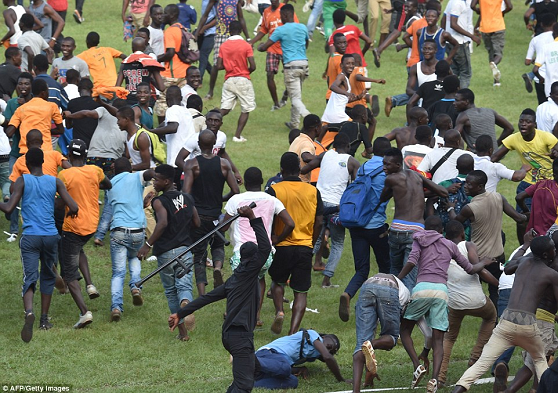 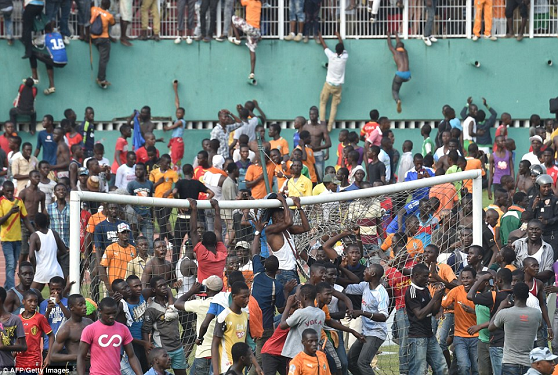 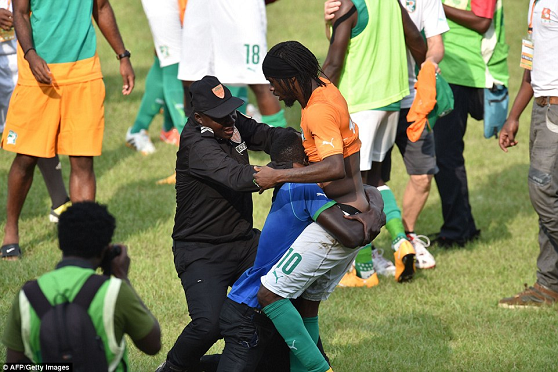 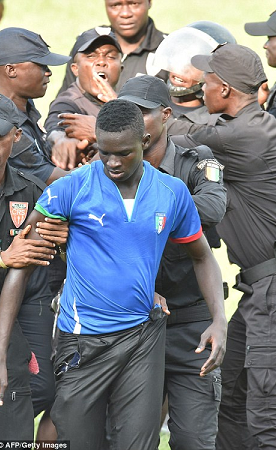 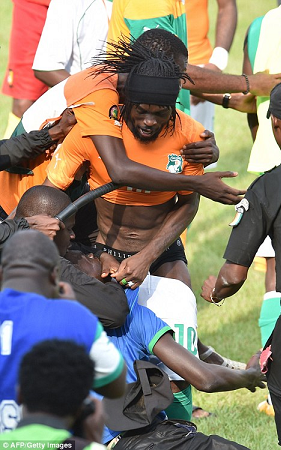 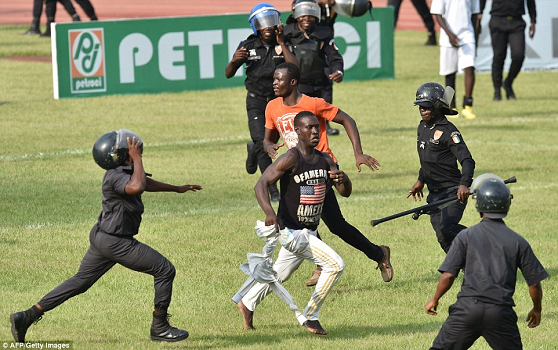 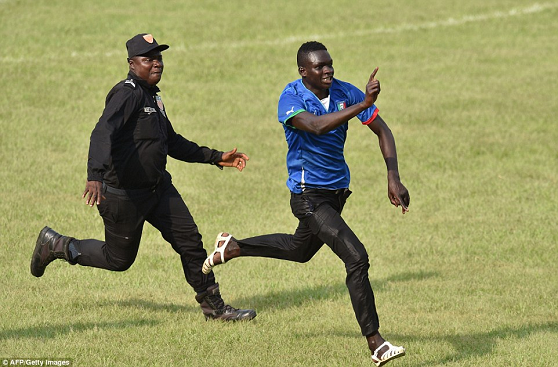 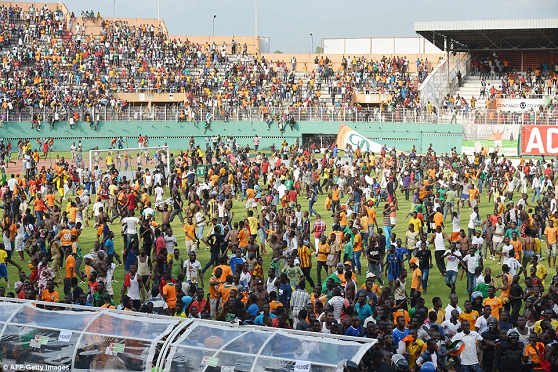 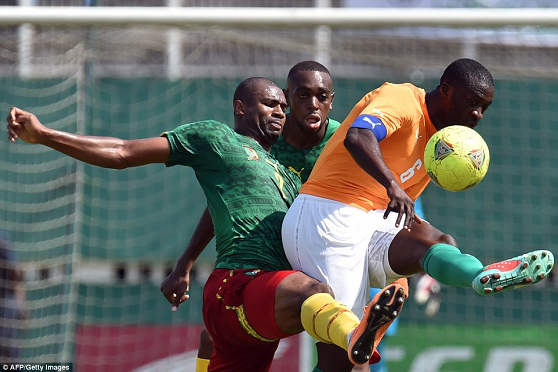 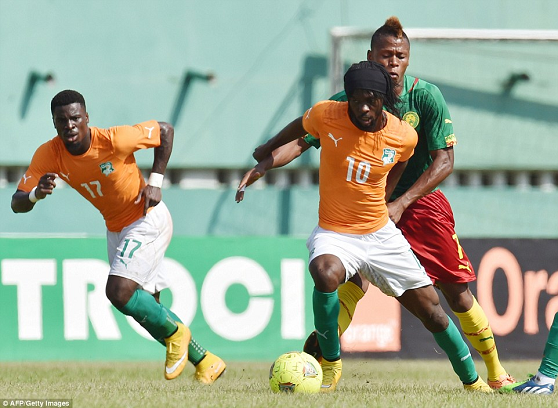 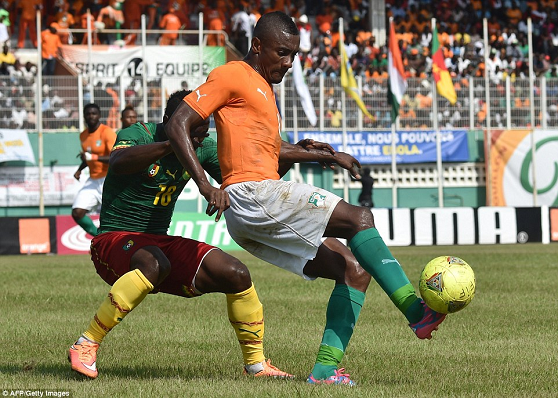 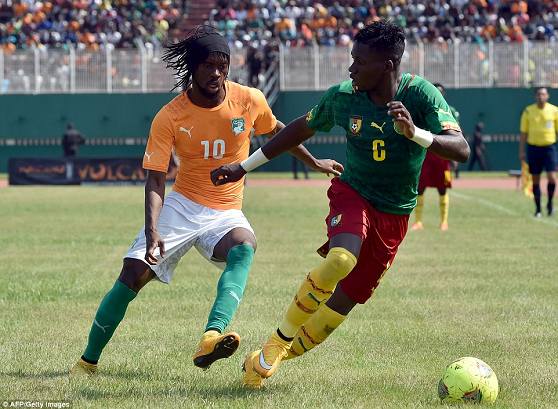