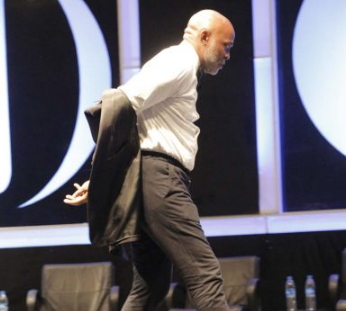 Nollywood icon RMD showed another side of himself at a comedy event organized by comedian Alibaba on Sunday the 1st of January 2017.

Richard Mofe Damijo paraded himself as one effortlessly hilarious comedian at the concert as he took to the center stage to crack a series of jokes which sent the mammoth crowd into gales of unending laughter.

At a point he was forced to don a black tuxedo and bow tie by Alibaba; causing him to undress in front of an enthralled audience while he lamented; “Who suit help?”.

Left in a black tee and pants, the veteran actor ordered to be brought a waistcoat as he continued to crack his jokes; further causing the audience to bellow and cheer merrily.

See RMD doing his stuff on stage in the photos below: 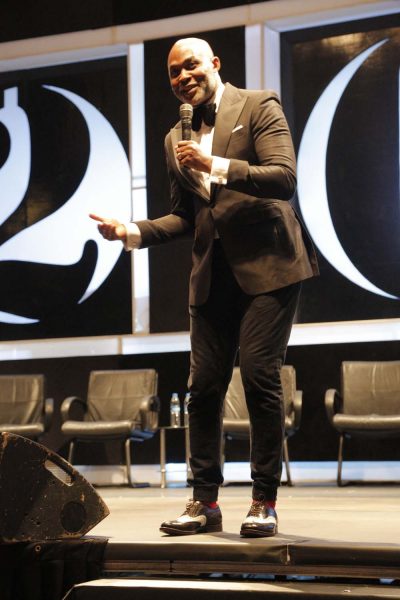 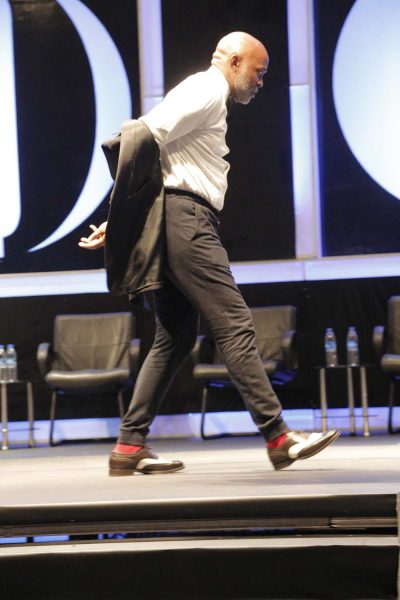 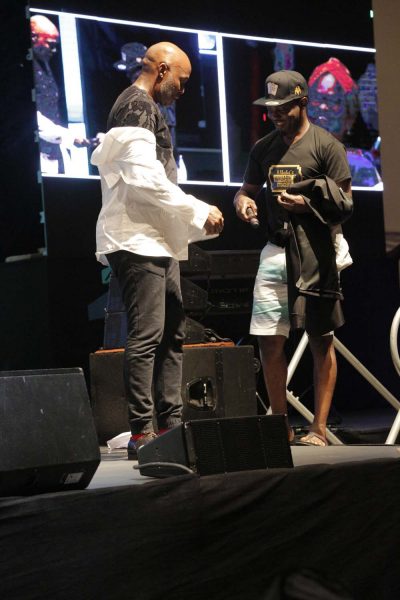 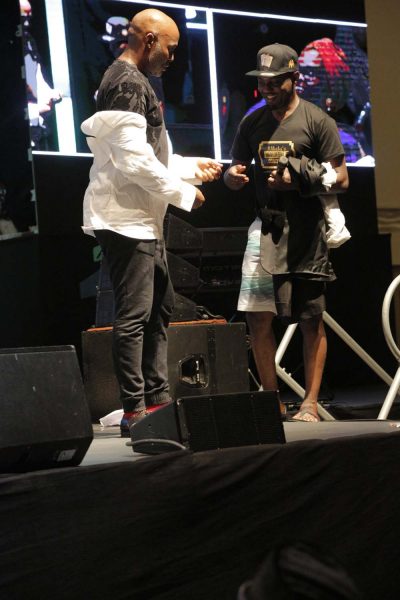 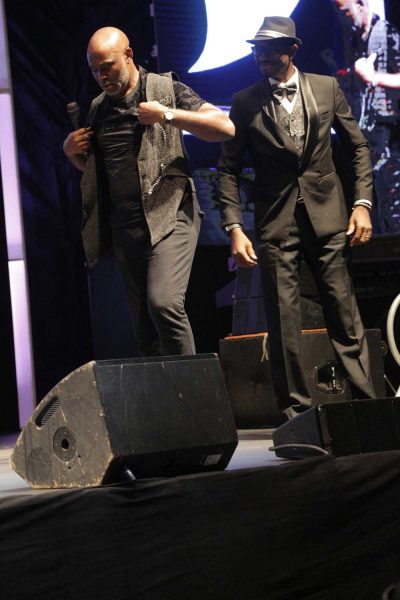 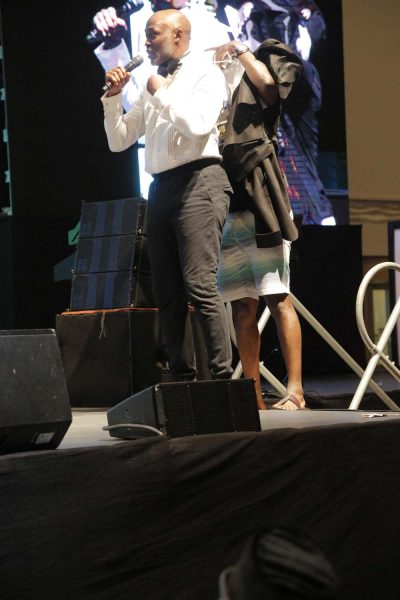