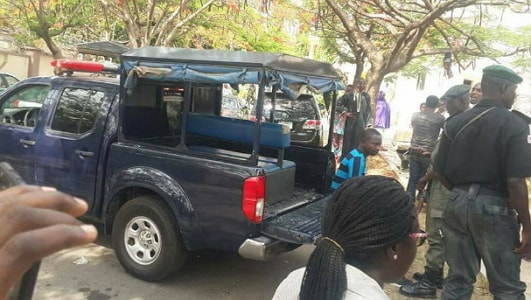 Senator Dino Melaye who used “leg power” to regain freedom from the Nigerian Immigration Service on his way to Morocco this morning in Abuja has been placed under house arrest.

The controversial Senate thug later rushed to his home at 11 Sangha st in Maitama to pick up some documents before policemen who placed him on surveillance rounded him up.

All entrance and exit to his high brow street have been locked off.

All serving senators who attempted to enter the lawmaker’s home were denied access.

All his aides and home workers were ordered out. 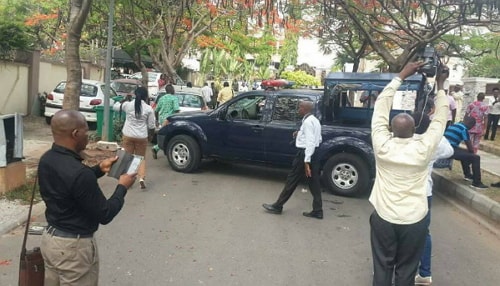 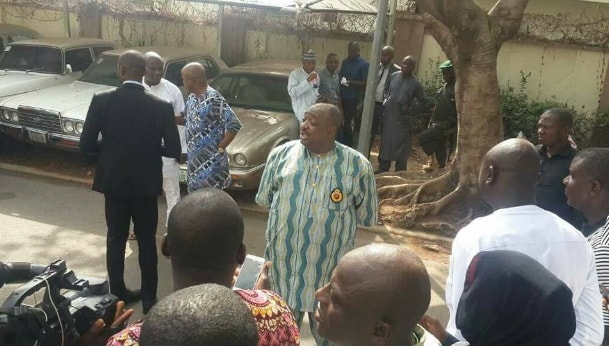 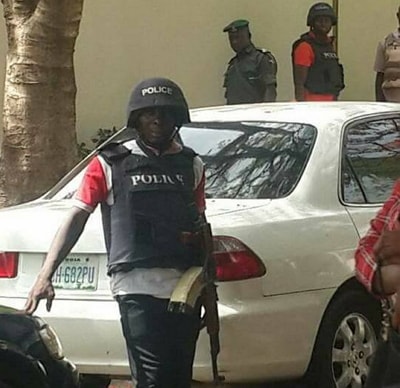