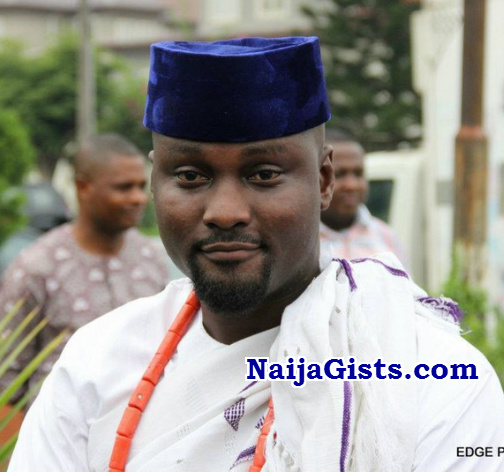 Lagos State anti-robbery police have arrested some members of the Eiye Confraternity at a bar owned by the leader of the group, Frank Mafiana.

The Anti-Robbery Squad also caught a Lagos Prince, Wale Jimoh among the 8 cultists arrested during the initiation ceremony of a new member of the Eiye Confraternity at Jakande Roundabout in Small Kuramo area of Lekki. 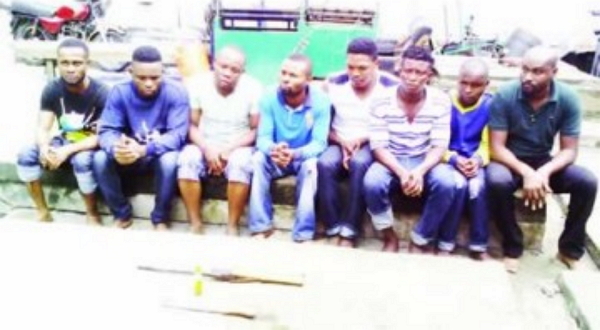 A police source said the initiation ceremony ended after police stormed the place following a tip off.

The source who spoke on condition of anonymity, said the suspects were “caught in the act.”

He said, “When we got there, we met the new member in their midst. He was blindfolded and stark naked. We recovered a gun, cutlass and a bottle of gin which contained ground pepper from the scene.”

The suspected members of the Eiye Cult group arrested yesterday were;

The cult leader Frank Mafiana said he became a cultist while studying in a University in Enugu.