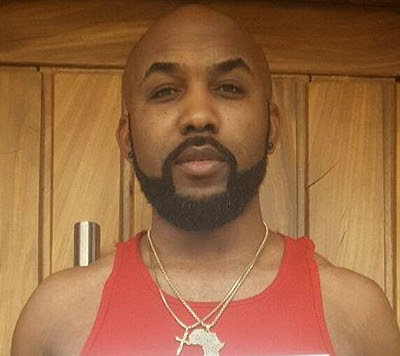 EME boss, Olubankole Wellington suffered a huge loss today after fired destroyed a section of his house in Lekki Lagos.

According to area residents, fire gutted the property located on Admiralty Way around 6am this morning.

We learnt that Banky W lost all his awards to the inferno that took over two hours to be put out.

A resident who was among those who helped Mr Wellington today said the officials of Lagos State Fire Service arrived around 7:30am an hour after receiving a distress call from the singer.

Sadly many items were destroyed before the fire was quenched around 8:15am.

Here is what the EME boss said about the incident: 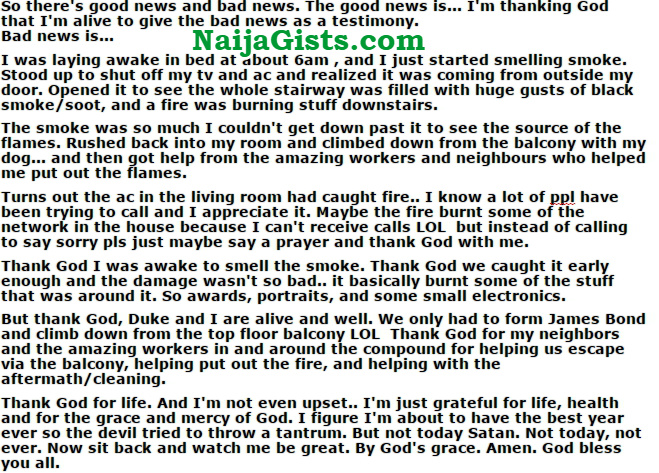 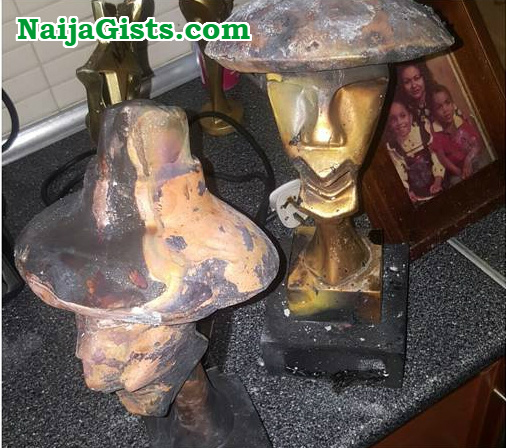 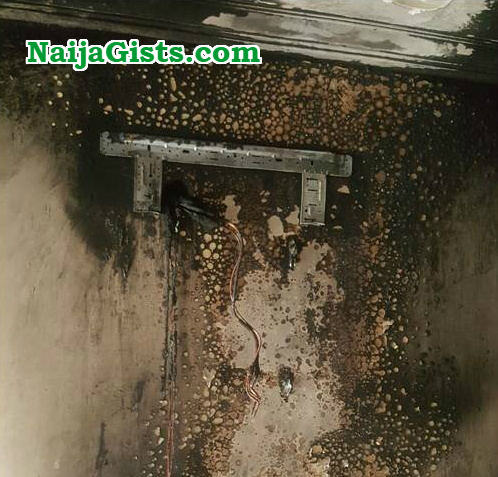 Thank God for the gift of life.