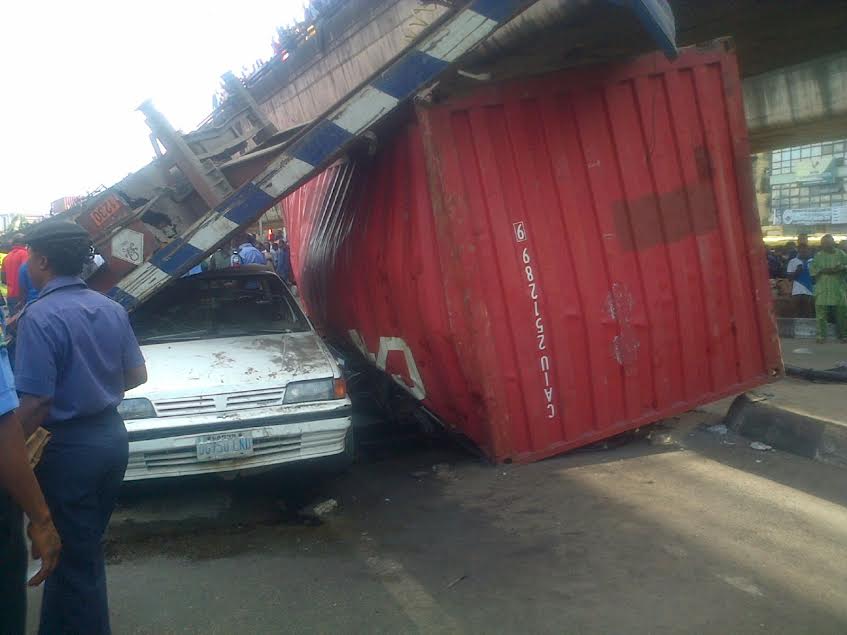 Tears flow freely this afternoon at the ever busy Ikorodu Road  in Ojuelegba Lagos when a container crushed 2 people to death.

According to eyewitnesses, a trailer taking a fully loaded container to a yard lost control around 5pm, causing the 5 tons container to fall.

A woman driving a black SUV and a female passenger died instantly.

NEMA officials rushing to rescue the injured were trapped in the gridlock caused by the accident.

Good Samaritans in the area managed to take over 8 injured victims to the hospital.

Due to the ghastly nature of the accident, the identities of the two dead women remain unknown

See the crushed SUV below 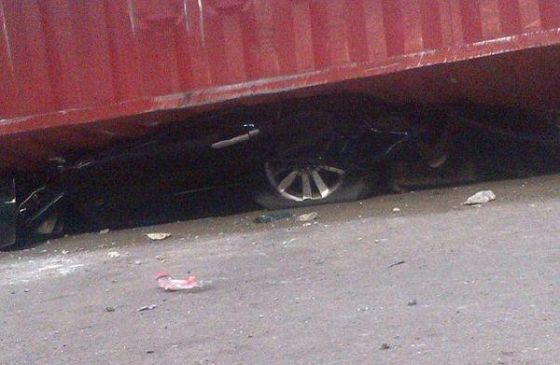 See more photos from the ghastly accident below 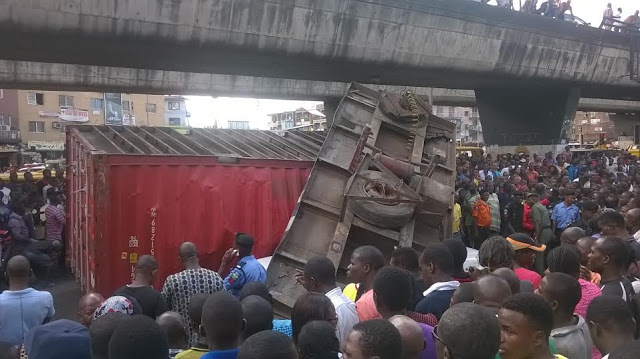 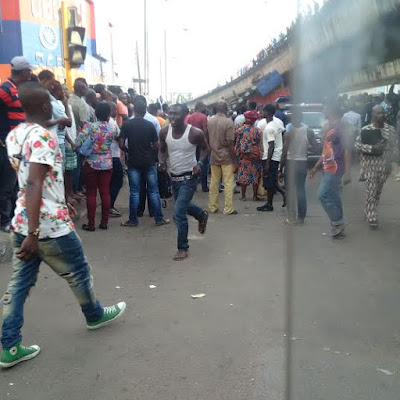 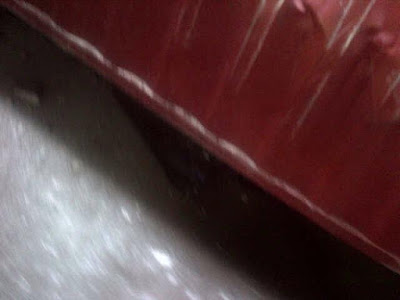 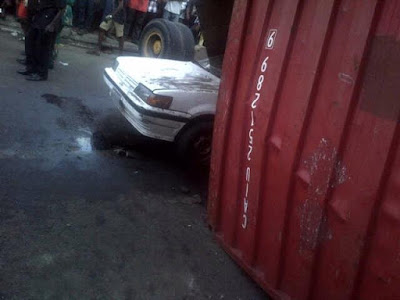 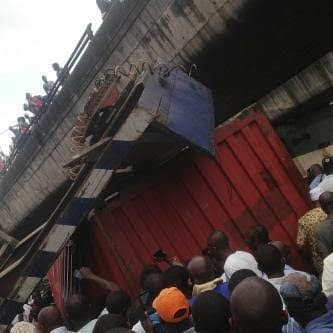 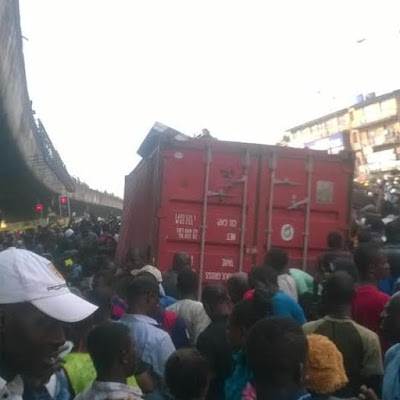 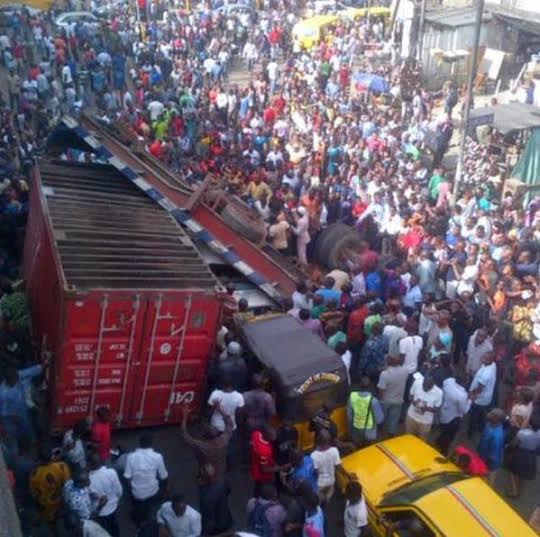 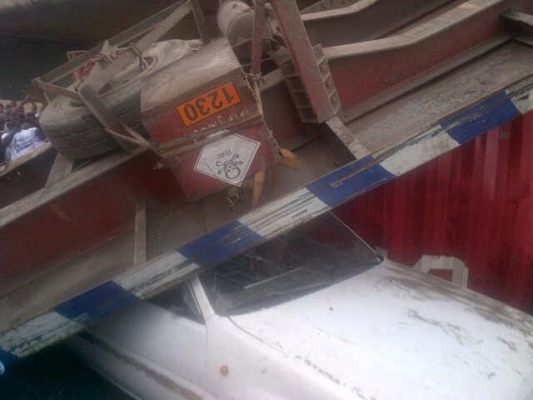 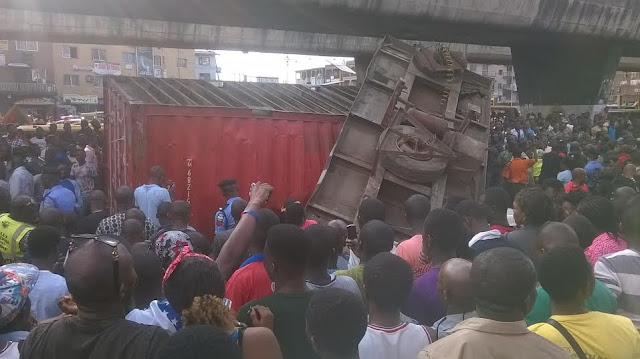 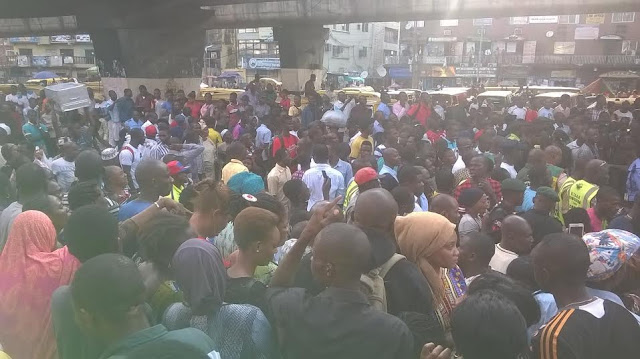 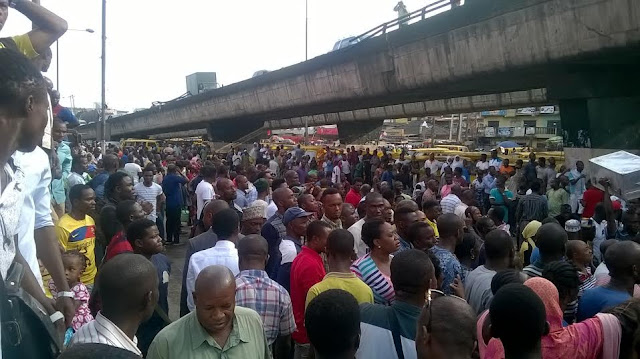 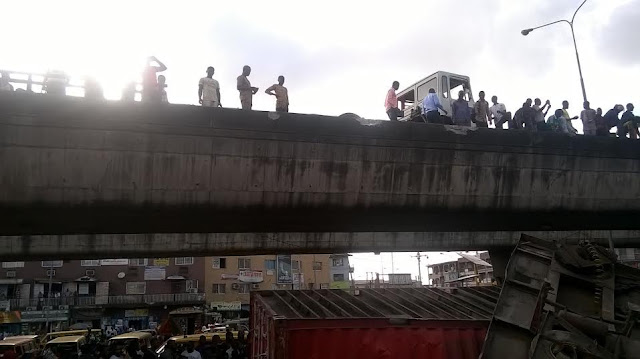 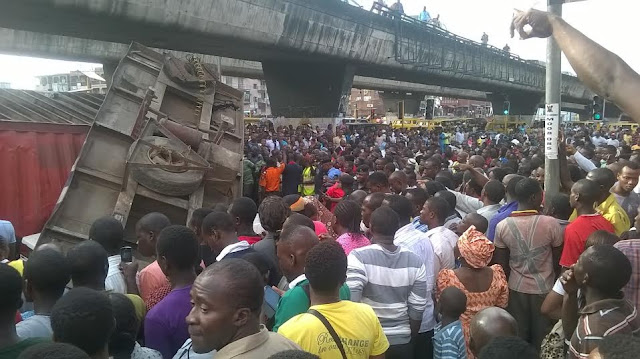 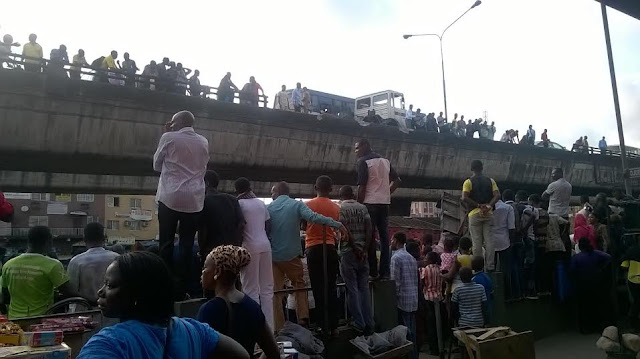 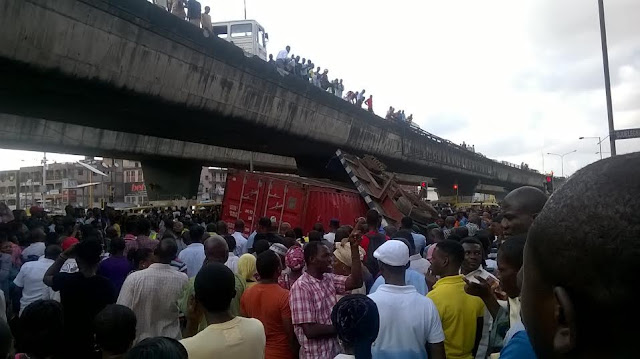 It is high time Lagos State Government restrict the movement of containers and fuel tankers on Lagos roads.

May the soul of the victims rest in peace.