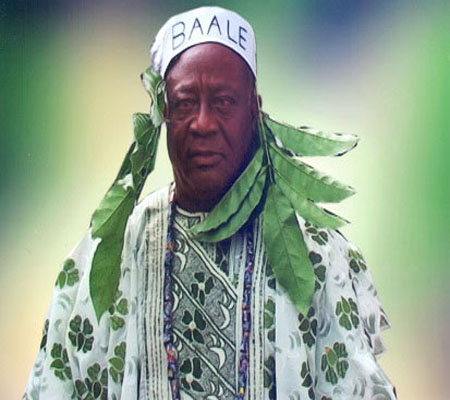 Some masked thugs have attacked a 66-year-old chief, identified only as Orelaja, in the Ilupeju area of Lagos State.

We learnt that the attackers, who invaded Orelaja’s apartment on Sunday at about 8.30pm, warned the 66-year-old to stop aspiring to be the Baale (local ruler) of the area.

The hoodlums were said to be three in number.

Our correspondent gathered that the gunmen, who broke down a section of Orelaja’s window to gain entrance into the building, hacked the sexagenarian in the thigh and hand before they left the house. 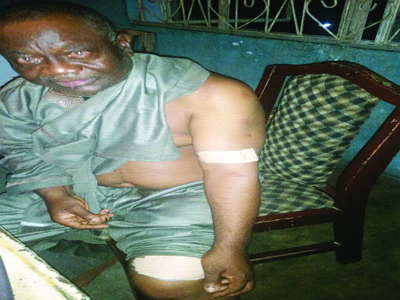 He called on the police to investigate the matter and strengthen security around his house.

He said, “It was at about 9pm on Sunday. My family members and I – about 10 persons – were in the palace and we were just relaxing. The gunmen came into the house and they said they were asking for the Baale.

“They shot at the walls and everyone fled the apartment. They came to me and said, ‘You are struggling with us over the Baale title. You had better stop that ambition or we will kill you.’

“Everything happened in about five minutes. They had initially shot at the bulb so that nobody would recognise their faces.

“I went to report the incident to the police on Monday. I have been living in this area for about 45 years now. I do not suspect anyone. I just want the police to strengthen security in the area.”