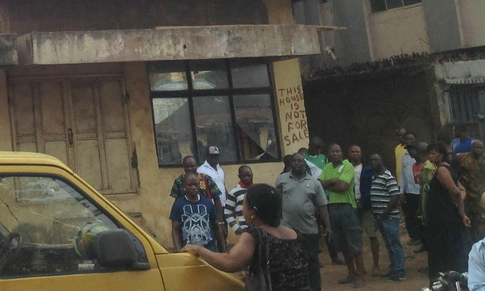 A middle aged man whose name was given as Solomon Ugodi has just been discovered to have fallen off a three story uncompleted building in Onitsha.

At the scene of the incident at Oranye Street, American Quarters, Onitsha, dozens of sympathizers and other onlookers thronged  to the premises to ascertain how it all happened. 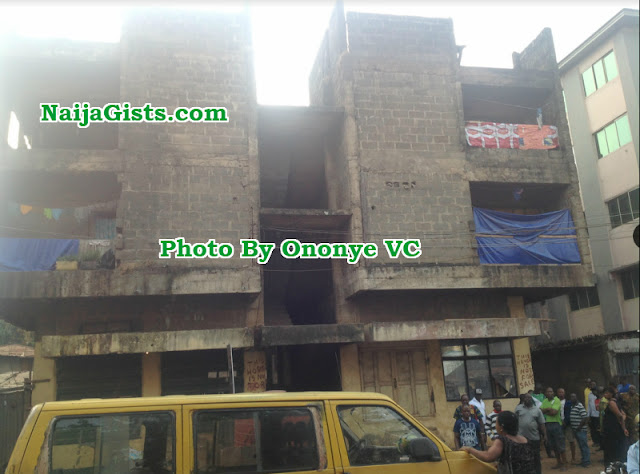 One account said it could be a suicide attempt while another said the man was under the influence of alcohol and went to have a nap at the top of the building and slipped off.

One other account said the man was one of the numerous tenants squatting inside the uncompleted building begging for completion for donkey years now.

Additional information obtained from the neighbors disclosed that two children had fallen off the building in the past and sustained various degrees of injuries.

On investigation,it was discovered that the building had virtually no toilet facility while the entire premises depicted filth and squalor.

At the time of filing this report,the Central Police officials were already investigating the incident but have not released any official information about the incident. 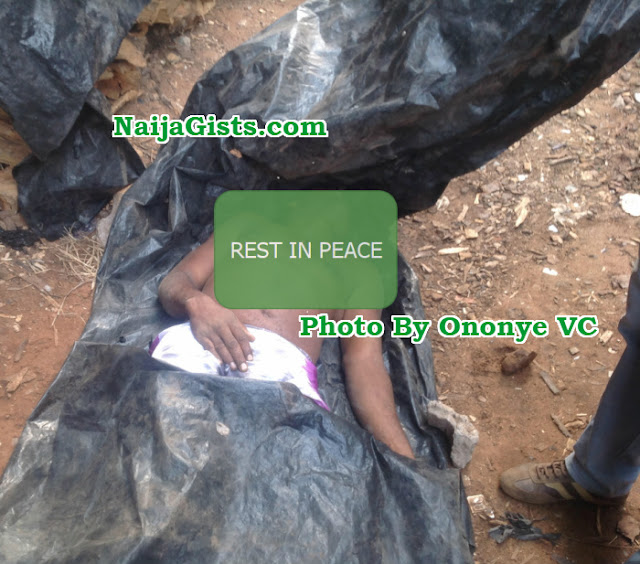 Photo shows the deceased after the fall.