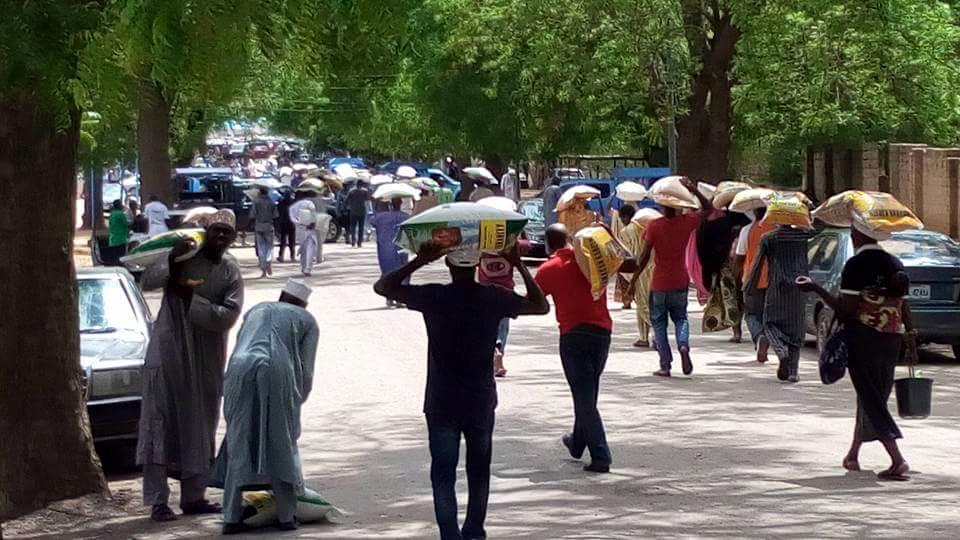 Earlier today, the Internal Displaced People of Borno State stormed the Government House to collect their own Ramadan Rice.

According to media reports, almost everyone who visited the Government House got a bag of rice.

However, a mild drama played out as Police and Army engaged each other in a fire fight half way into the Ramadan giveaway. 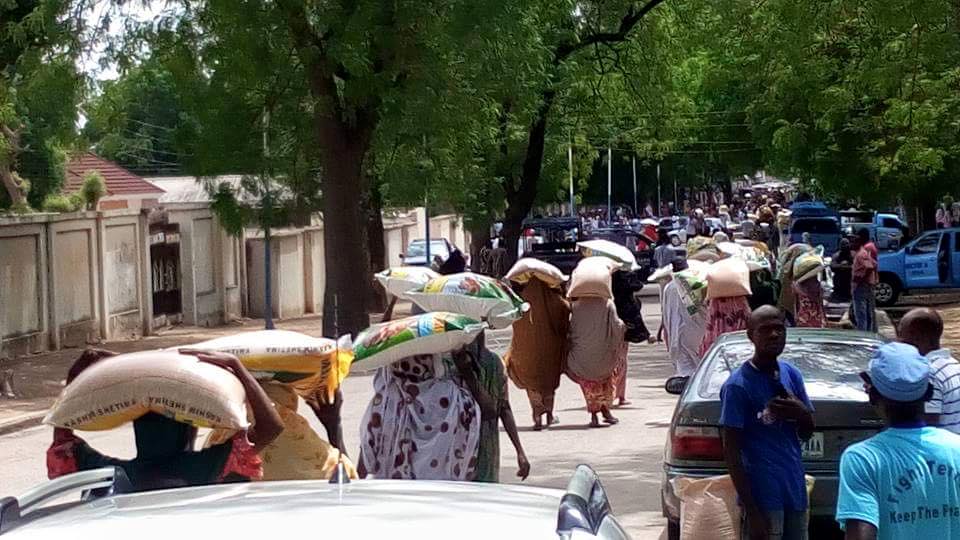 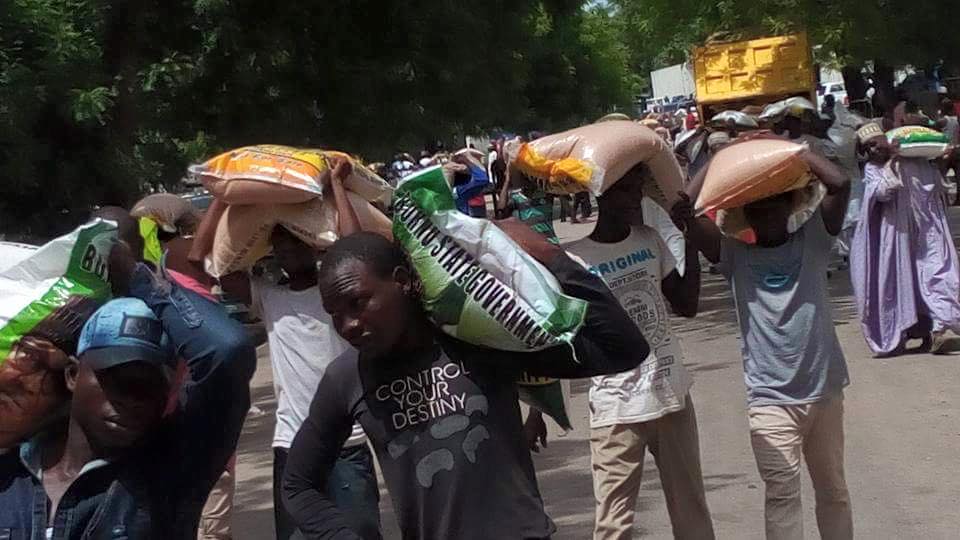 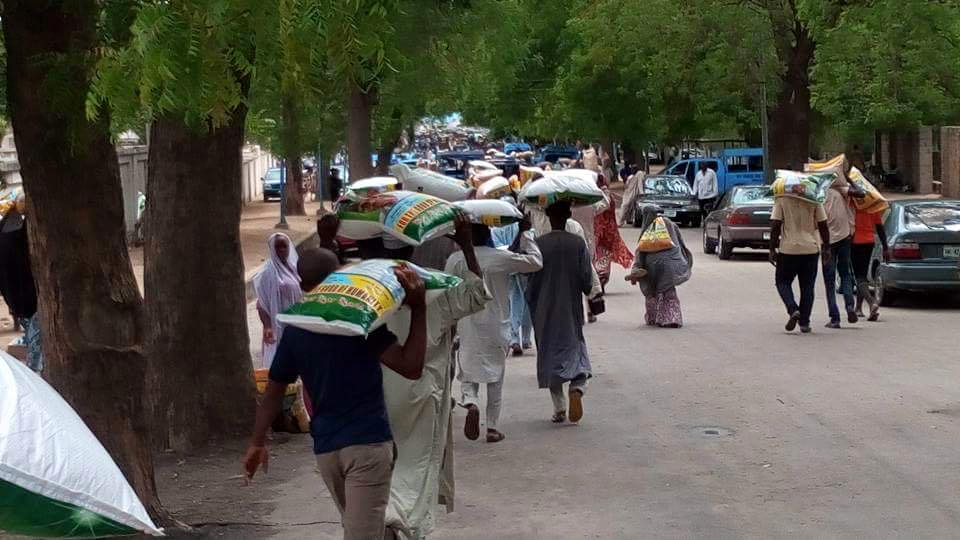 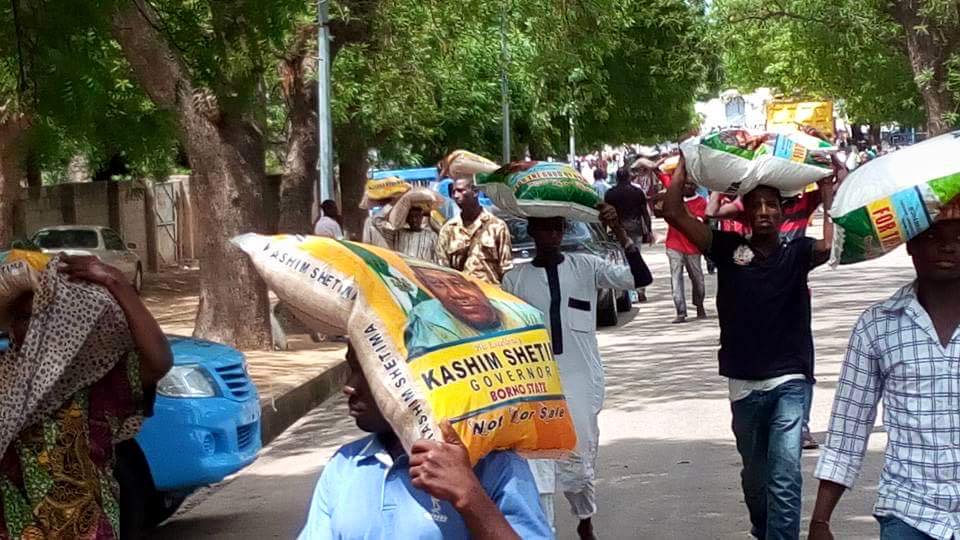 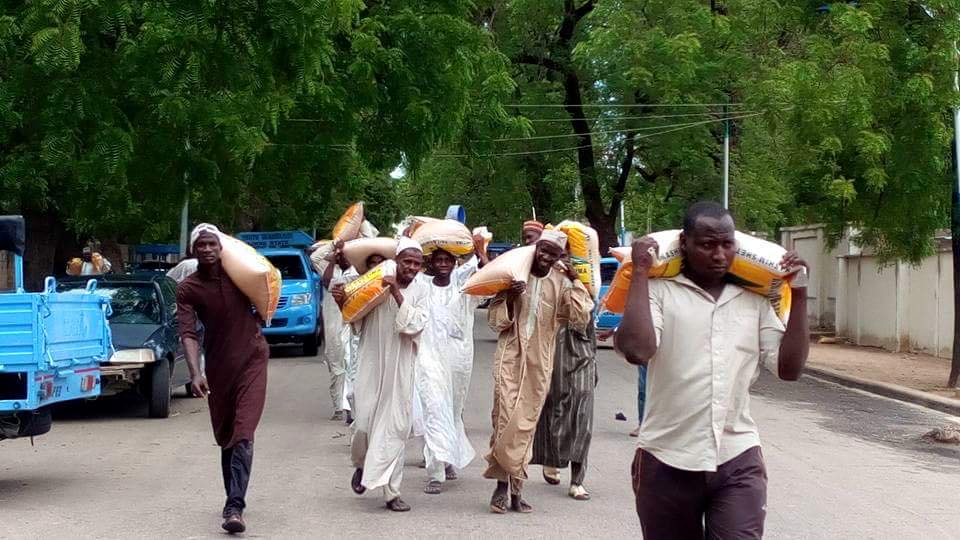 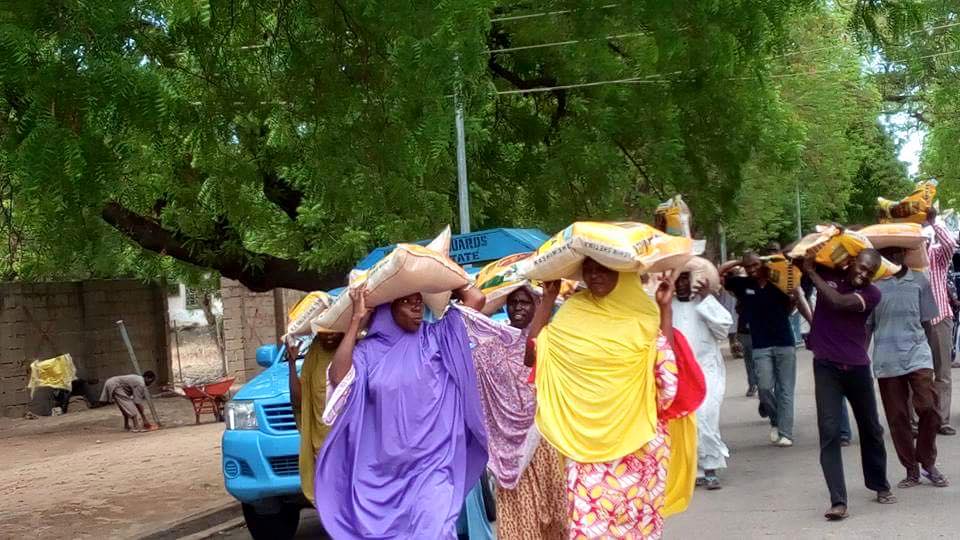