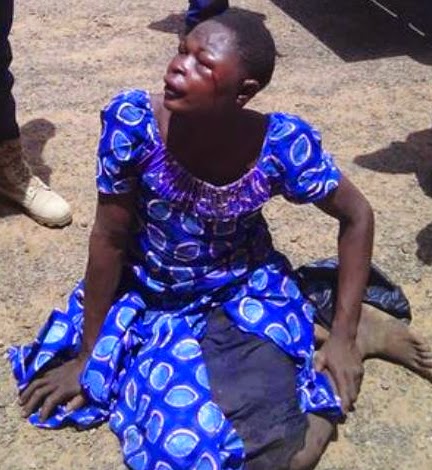 Kidnappers have devised new method of kidnapping victims for rituals and ransom purpose in Abia State.

One of them was caught recently in Aba after he disguised as a woman to kidnap 4 pupils from Osusu Amukwa Community primary school.

The suspect identified as Uzoma Ugwumadu dressed as a lady wearing traditional outfit and a foam breast pad was taking away 4 children from the aforementioned school when vigilant members of a vigilante group in the community caught him. 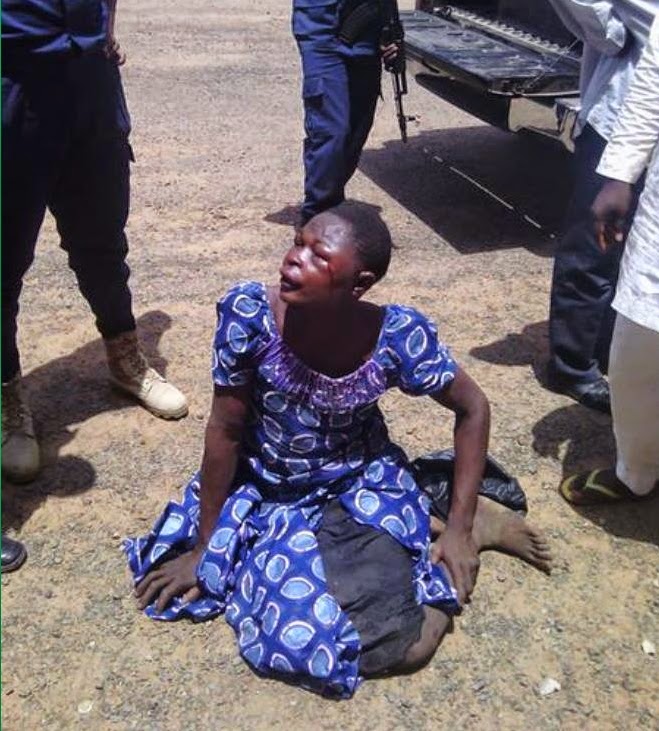 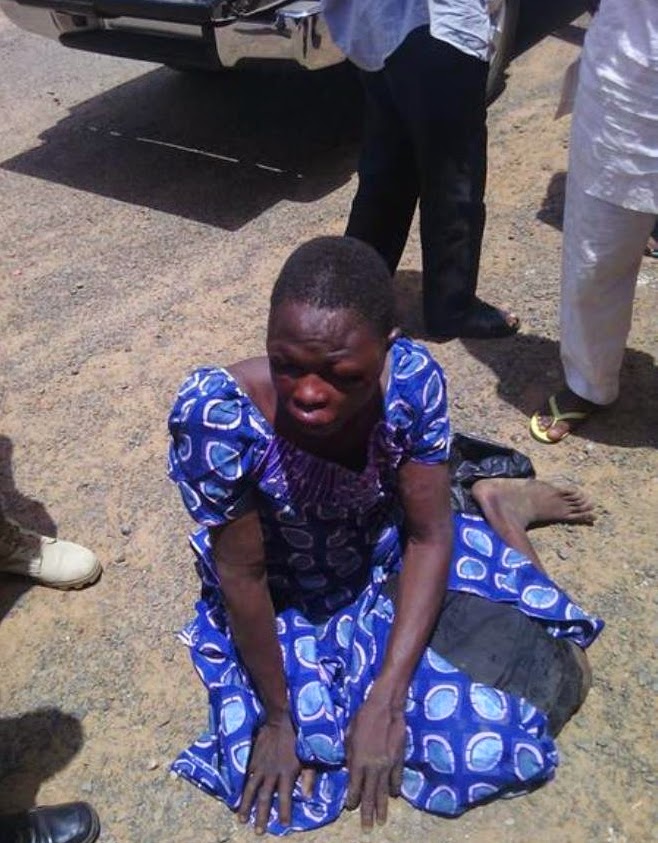 Moments after his arrest, other members of his kidnap gang parked in a car with fake registration number along New Umuahia Road in Abia zoomed off.

The suspect who denied the allegations said he was only trying to assist the pupils when they caught him.

While expressing confidence in God to fight for his cause, the suspect said jealous enemies of progress were behind his ordeals.

So his enemies told him to dress as a woman eennn…. hehehe these mumu kidnappers no go kill person.