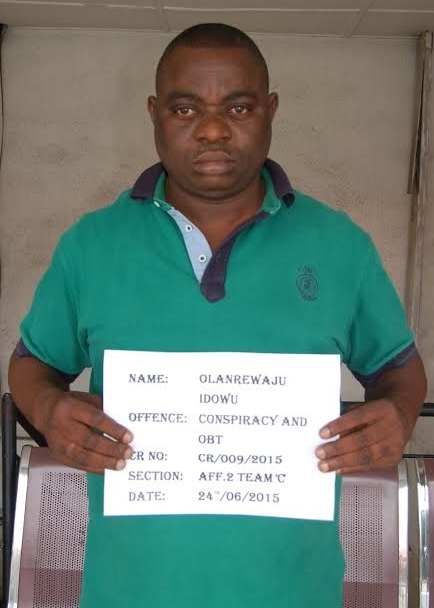 The suspect blew the fraud cash on exotic cars, acquisition of several properties in Port Harcourt, and a 44-room hotel in Ado Ekiti, Ekiti State.

According to a statement by the Head of Media and Publicity of the EFCC, Mr. Wilson Uwujaren.

The statement said: “The heist was earned through a phony crude oil contracts with the victim, wiring the said amount into the account of Total Intership Nigeria Limited ostensibly for the supply of crude oil.

“The bubble burst after the victim was left clutching the air, in an exasperating wait that ended with a petition to the EFCC. 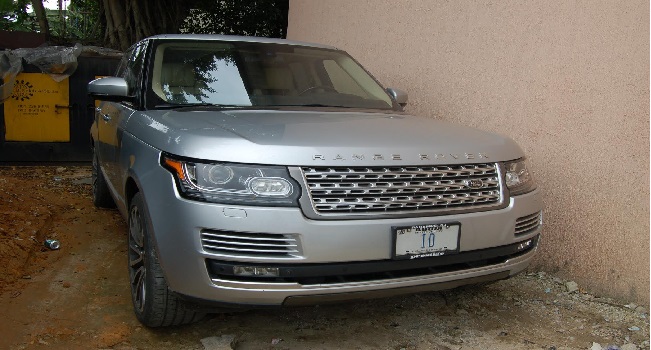 “One Joe Onwudimowei, an accomplice who operates the account of Total Intership Nigeria Limited with Guaranty Trust Bank (GTB) where the proceeds of the said fake contract was deposited, was arrested on 18th June, 2015 and upon interrogation, fingered Idowu Olanrewaju and one Otunba Yemi Osho as the people he handed over all monies that passed through the account. 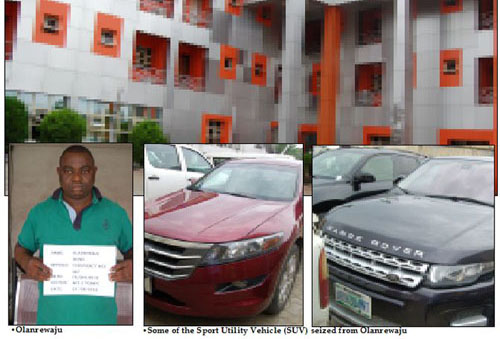 ”On the 19th of June, 2015, the duo of Idowu Olanrewaju and Yemi Osho were arrested following a dawn raid on their homes by operatives of the EFCC.”

The statement said the suspect, who has no reasonable source of income, was speechless when confronted with facts. 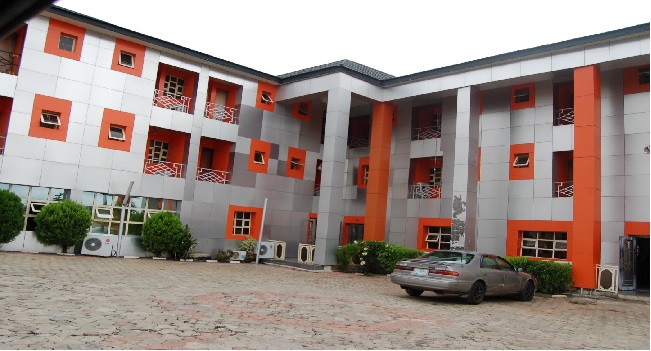 The statement added: “According to Onwudimowei, Olanrewaju sometime in 2010, instructed him to withdraw the sum of Three Million, Five Hundred Thousand Naira (N3, 500, 000.00) for Chief Yemi Osho. Osho, he claimed, in turn handed over the money to two people sent to him by Olarenwaju.

“This singular involvement of Osho was what made Olanrewaju confess to the fraud as he had initially denied knowing Onwudimowei. When Olanrewaju was confronted with the testimony of Osho, sources at the EFCC disclosed that he was speechless and began to plead for mercy.

“Olanrewaju who does not have any reasonable source of income was discovered to have several properties in Port Harcourt, Rivers State and a 44 rooms hotel in Ado Ekiti, Ekiti State. Also recovered from were a number of exotic cars including, a 2014 Range Rover, 2013 Honda Crosstour, 2013 Range Evogue and Honda CRV.

Uwujaren said the suspect will be charged to court as soon as investigation is concluded.