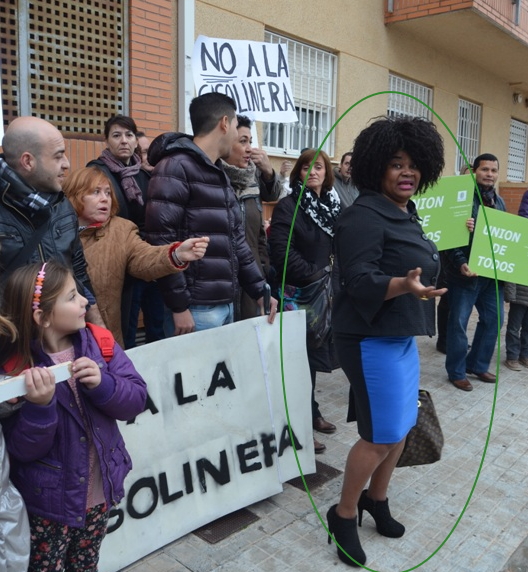 She worked briefly in Delta State Governor’s office before she left Nigeria to Spain in 1992.

Mukoro gained prominence in Spanish politics, when she founded a political party and later became the first Nigerian-Spanish to contest for the Mayor of Denia in May this year. Although she lost the election, her popularity soared higher as several people endorsed him for the highest office in the land.

She has set a record as the first woman and an immigrant to emerge a presidential flag bearer of a political party in Spain. 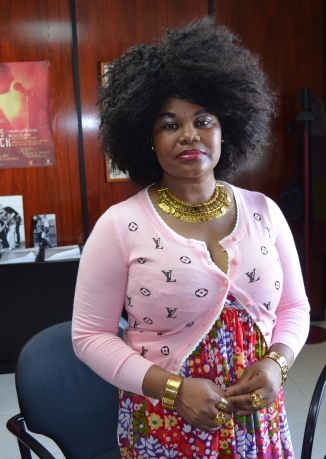 She will be running on the plafform of Union De Todos, a party she founder earlier this year. 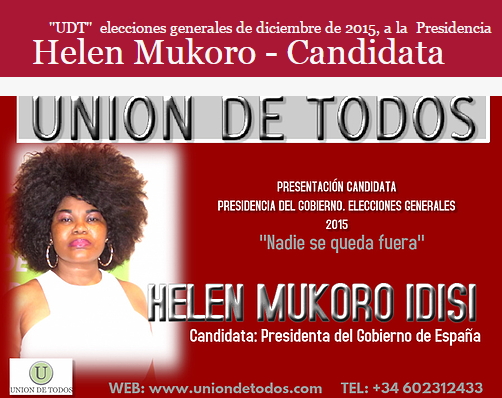 Helen had followed the trail of the United States President, Barack Obama, who was the first African-American to win the presidency.

The 2015 Spanish general election would be held on or before Sunday, December 20, 2015, as provided by the Spanish constitution and the Organic Law of the General Election Regime of 1985. The ruling People’s Party (PP), led by Prime Minister Mariano Rajoy, will seek re-election for a second term in office, while the Spanish Socialist Workers’ Party (PSOE) will struggle to return to power after four years in opposition. The election will be marked by the rise of new parties Podemos (Spanish for “We can”) and Citizens.