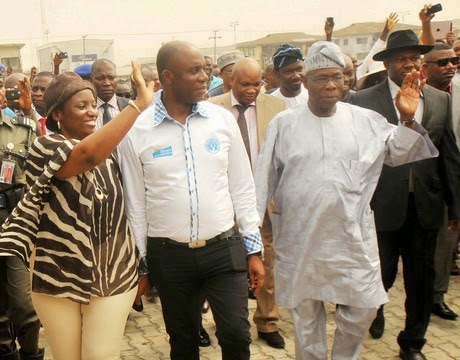 Feb 16, 2015 – Pictures: Obasanjo Expelled From PDP After He Asked Party Chair To Tear His Membership Card

Ex-President Olusegun Obasanjo has openly declared that he’s no longer a member of the ruling party.

Today, the retired general ordered PDP Chairman for his ward, Mr Oladunjoye Sumonu to tear his car during a press briefing in Abeokuta.

See dramatic photos of Obasanjo ordering a PDP chair to tear his card? 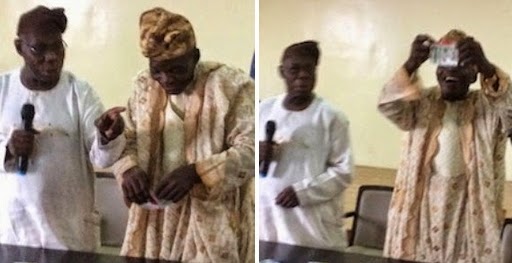 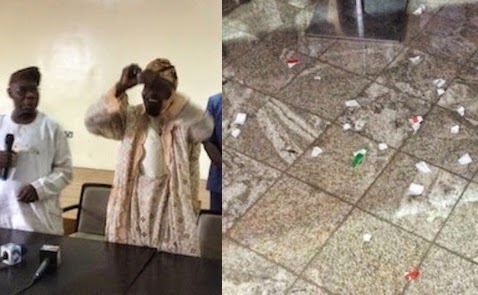