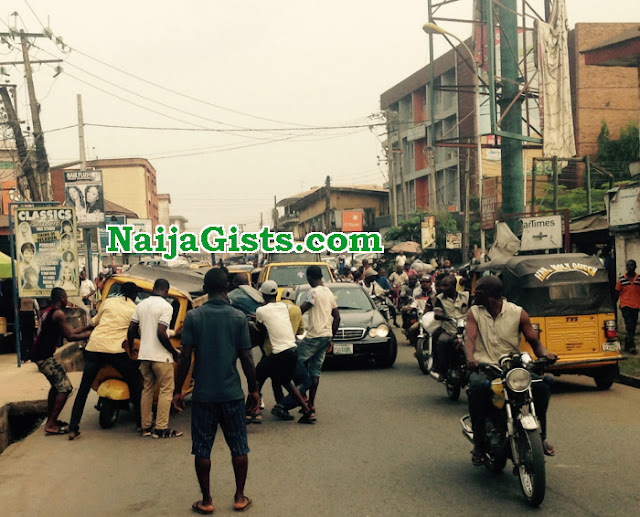 Blood flowed freely at the popular Ogbommanu Junction Onitsha yesterday as Keke operators,and Okada riders engaged revenue collectors in a free for all fight to protest illegal collection of toll at the junction which leads to the Onitsha Main Market.

Members of the public watched helplessly as more than six youths had their heads broken and beaten to coma while passengers disengaged and scampered to safety.

One of those suspected to be involved in the illegal collection of fees escaped lynching by a gathering mob after he was stripped stark naked and surrounded for possible jungle Justice before he took to his heels. 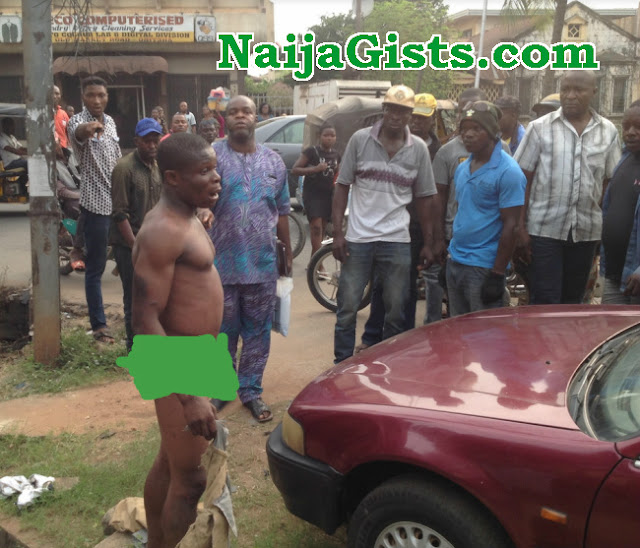 In an interview, one of the Keke operators who gave his name as Simon suggested to the Anambra State Government to station police patrol vehicle as is obtained at various other strategic places in the town to checkmate the excesses of hoodlums who perpetrate atrocities within the Ogbamanu junction axis of Onitsha.

Some of the victims of the clash were said to be rushed to the hospital. 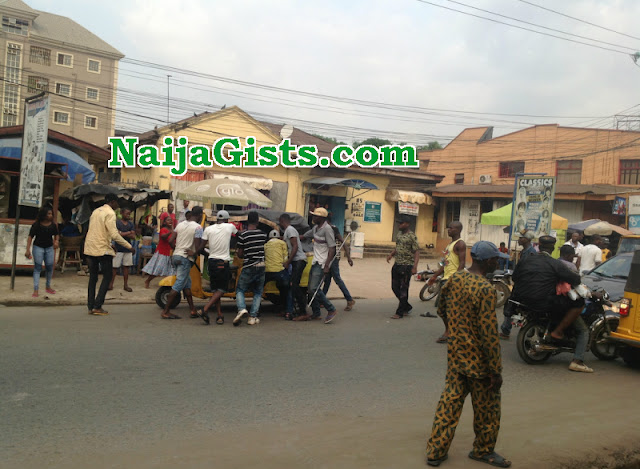