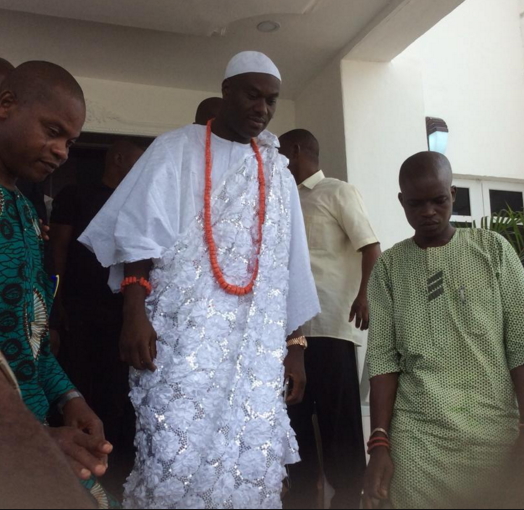 A messy supremacy battle disrupted the council of Osun State Traditional Rulers meeting yesterday after a scuffle broke out between the Owa Obokun, Oba Aromolaran and Ooni of Ife, Oba Adeyeye Ogunwusi’s messengers

Owa Obokun had a brush with the advance team of Oba Adeyeye Ogunwusi after they brought his special chair to the front seat of the venue of the meeting as the presiding chairman.

Oba Adekunle Aromolaran immediately ordered them to remove Ooni’s chair. He told them he would preside over the meeting because he is the council chairman.

The Owa was quoted to have said that Oba Ogunwusi’s chair should not come before his own in any way. The development generated heated arguments among the Obas, who appealed to Owa Obokun to be patient about the issue. 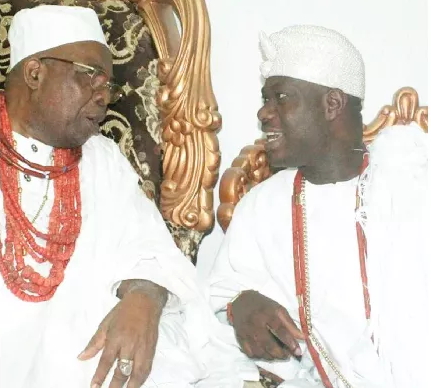 When Ooni’s aides ignored him, he reportedly ordered his aides to beat them up.

Here is a photo of one of the injured aides of Oba Adeyeye Ogunwusi. 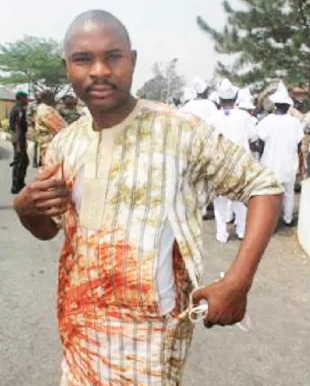 The meeting was cancelled after Ooni’s aides were stripped and beaten to stupor.

A source at the meeting said;

“Despite the Ooni’s ‘Emeses’ (messengers) insistence that they were sent by the monarch to put the chair at that place, Aromolaran resisted them by force and got one of them stripped,”.

Aregbesola promises to settle the supremacy battle after he was briefed yesterday.

Owa Obokun should respect the Ooni of Ife based on his title and not his age.