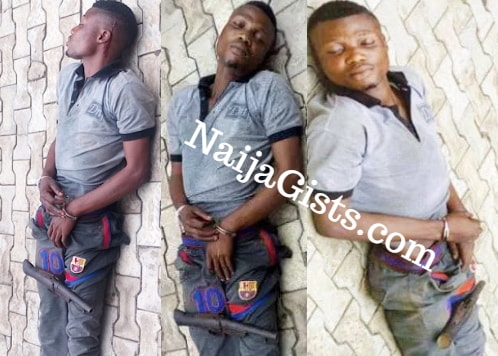 The kidnapper arrested in Owo Ondo state last week after a foiled attempt to kidnap a pharmacy owner is yet to wake up from an unconscious state.

The suspect whose idetity is yet to be confirmed was arrested last week Sunday  after he fell while trying to escape with his gang members the moment their victim raised an alarm.

Police said the suspect is yet to wake up 6 days after his arrest. 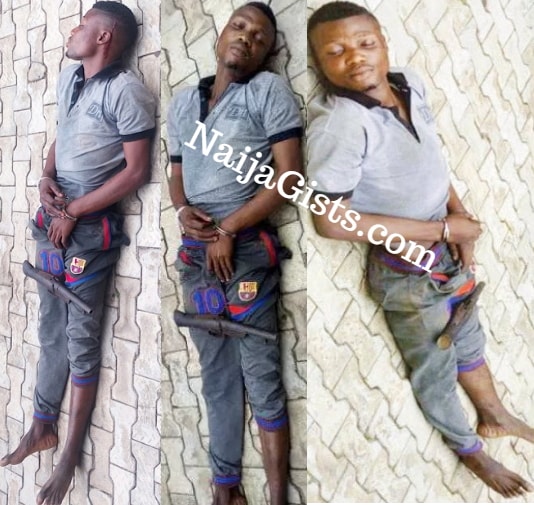 Here is what the Ondo state police spokesman Femi Joseph said about his condition:

“As of today (Friday), the suspect had yet to wake up. Maybe he took too much of the drug, that is why he is still sleeping. We have tried all we could to make him regain his consciousness to no avail.

“However, we are still watching him to find out if he is pretending. We are with him and he would face the music no matter how long he is unconscious.”