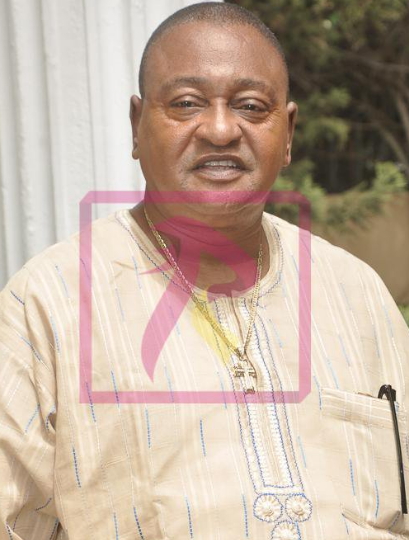 The veteran Nollywood actor is still mourning his late wife, who died last week Monday at the age of 53.

In an open tribute he wrote for her today, the actor suggests that Henrietta died of terminal illness.

“I find it disheartening that my treasured wife passed away at R-Jolad hospital. It was a terrible shock because the sickness was so brief and never looked like a terminal one.

“My darling Henrietta was not only a wonderful wife and mother but she was my meticulous partner in my profession as well as housekeeper and homemaker. She was a cheerful, friendly person and made many warm friends.

“Rita seldom, if ever criticised any person. Instead, she preferred to refer to their good qualities. My wife was the soul of honesty. She would never shade the truth no matter what the consequences.

“It is difficult for me to estimate Rita. She departs this sinful word with a substantial proportion of me. We did not only fall in love but also built our relationship and were also fond of ourselves till death.

“She inspired me in ways I cannot explain. I have lost a worthy helpmate but I have nothing but happy memories of her in this world.

“Adieu Henrietta Kosoko. I sorrow now for my beloved wife but the burden has been lessened by the many kindness shown my family and me.”

The Nollywood actor who promises to speak more on Henrietta’s death currently lives with his last wife.

As it stands, he still has two more wives, Alhaja Kareemat Kosoko (a businesswoman in her late 50s) and another lady whose name was not disclosed to the media.