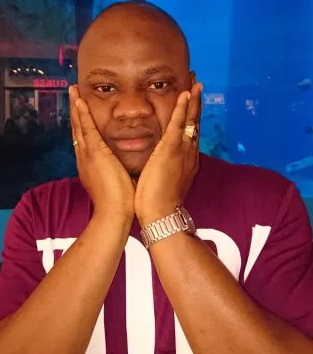 The most embraced notion on the evolution of the state is the social-contract thought promulgated by Thomas Hobbes in the “Leviathan”, published in 1651. Hobbes posits that the state is a product of the society; each individual submits a portion of their rights to a consented authority in interchange for an assured protection of their other rights.

The consented authority presides over the equitable distribution of resources, justice, fairness and the rule of law. Uncomplicated, the consented authority in this case is the Nigerian government and Hobbes’ social-contract theory is employed to unmask the factors provoking the disintegration of Nigeria.

There is a national consensus that the over 250 ethnic groups inhabiting the Northern and Southern protectorates did not assent to be amalgamated into a nation called Nigeria in 1914. For that reason, one may contend that Hobbes’ social-contract theory does not appropriately rationalize the evolution of the Nigerian state. Inside out, one may also backtrack to the pre-colonial era and contend that the social contract principle had already been endorsed in the amalgamated protectorates before the advent of colonialism.

Virtually every ethnic group had a monarch and a traditional mode of worship before the Islamic and Christian missionaries cajoled and compelled us to shift faith.

Our progenitors submitted their right of choice to the oracle whom they believe is in the best position to select the right ruler for them. Everyone wholly obey whoever the oracle selects based on the conviction that he is the representative of the gods on earth.

Like a wisp of smoke, this conviction is fast fading due to the emergence of alternative and modern forms of governance, civilization and political impositions. To aptly ground the theoretical position of this piece, a bit of flashback is essential to justify the subsistence of Nigeria as a social contract.

Colonialism is the aftermath of the resolutions reached at the Berlin 1884 scramble and partition for Africa conference organized by Otto Von Bismark, the then Chancellor of Germany. Out of sheer meanness to dominate and exploit Africa’s resources, the European nations partitioned Africa into colonies without considering her ethno-religious and socio-cultural diversities.

Inconsiderately, the African rulers were not invited to the 1884 conference that sealed the political-economic fate of Africa. In point of fact, our existence as a nation kicked off when Britain gained possession of the territories amalgamated to institute Nigeria. Lord Lugard only named and formalized it in 1914.

Observingly, it rarely surfaced in the history books that the amalgamated ethnic groups protested against the 1914 amalgamation. To be fair, Lugard’s amalgamation may not have been protested due to the fear of the colonial master’s brutality. Fast-forward to after four decades, during the struggle for independence, the Nigerian nationalists, from every region, teamed up to demand the independence of the Nigerian state as structured by Lord Lugard.

After Nigeria’s independence on 1 October 1960, the nationalists virtually made no attempt to dissolve the amalgamation. This ultimately infers that the foremost nationalists, tacitly or explicitly, resolved that we all shall cohabit together as one Nigeria.

The social-contract principle naturally takes effect under such circumstance. If the nationalists, from every region, abstain from disbanding Nigeria, then it’s not right for anyone to proclaim that we Nigerians never agreed to live together. Not for long, our diversity crushed the unity sooner than expected.

Ethnic rivalry and power struggle impelled the late Odumegwu Ojukwu to declare the secession of Biafra from Nigeria on 30 May, 1967. The decision to secede was apparently due to the wanton inter-ethnic killings and tension that brewed from the alleged Igbo coup of January 1966 and the alleged Hausa counter-coup of July 1966. The 1967 Biafra secession activated a civil war between the Biafran forces and the Hausa-Fulani largely populated Nigerian army.

After 30 months of intense battle and the loss of over a million lives, Biafra surrendered to ‘go on with one Nigeria’ – Gowon. Unambiguously, the defeated forces upon surrendering Biafra were covertly or overtly re-entering into a social contract with Nigeria on the basis of political, economic and social equity.

The Biafra secession quest recently resurrected and gathered momentum due to President Muhammadu Buhari’s earlier disregard for a court order granting Nnamdi Kanu bail after he was accused and arraigned for treason. The prolonged detention of Kanu earned him an unprecedented sympathy from the people of Igbo extraction who picture Buhari as anti-Igbo.

Unfortunately, Buhari’s oration that the North’s 97% and Southeast’s 5% voting pattern would influence government’s conduct and the subsequent conspicuous marginalization of the Igbos rained fuel in the burning fire.

The more Buhari ring-fence himself with people from the northern extraction, the more the other southern regions, especially the southeast would become suspicious and continue to play the last card of secession. An overview of the top political offices and vital appointments reveals that the North is overpoweringly favored against the South thus:

It is bewildering that Buhari, a former Head-of-State, who is conversant with ethno-religious sensitivity of Nigeria could commit the sacrilege of being sectional and nepotistic. Ask no further, Biafra is a reaction to the marginalization the Igbo’s are getting from their social-contract with Nigeria.

Recall the lopsidedness in the Department of State Security (DSS) recruitment exercise. More individuals were recruited from Katsina state (51) than the entire Southeast states (44). Katsina is the home state of Buhari and Lawal Daura, the Director General of the DSS. The geographic details of the enrolment exposed that out of 474 recruited cadet officers, 331 were from the North while 143 were from the South. Justifying the lopsidedness, the DSS and the federal government claimed that the recruitment imbalance was purposely done to rectify the disproportion in previous enrollments.

This excuse holds no water for a government that came to power on the mantra of change. Where is the change promised, if previous leaders were sectional and Buhari is also sectional? Apparently, no Nigerian democratically elected president has vigorously displayed sectionalism like Buhari. Cast no doubt, protests and hate speeches would have popped up from the North if an Igbo president ever emerges and decides to impose an ethno-religious, sectional and nepotistic institutional arrangement.

Contravening section 21(2) of the Pension Reform Act 2014, Buhari removed a southeastern woman, Chinelo Anohu-Amazuan as the Director General of National Pension Commission, PenCom, and replaced her with Aliyu Abdulrahman Dikko, a northerner. Section 21(2) of the PenCom act stipulates that if the Director General of the commission is sacked before the expiration of his/her tenure, the president shall appoint a replacement from the same geopolitical zone.

Buhari’s parochialism, insularism, nepotism and sectionalism fertilized the Igbo’s consciousness to revive Biafra. Any intention to crush Biafra without addressing the basic issue of inequality is to be sheepishly applying force without focus. The much-needed first step to national unity is to reassign the political appointments to reflect the pluralism of Nigeria. In power, but limited in power, Acting President Yemi Osinbajo cannot effect the essential adjustments; he is tactically acting Mr. Nice Guy in order not to appear disloyal, power-centric and desperate.

Quite ignoble, top government functionaries are pretending not to know the meaning of restructuring. To get them educated, the restructuring of Nigeria means effecting three basic things: the devolution of powers to reflect true federalism; ratifying the states to control their resources and; rectifying the lopsidedness of crucial government appointments to reflect regional equity and fairness.

If truth be told, the Igbo disaffection and the right to self-determination doesn’t mean Nnamdi Kanu’s approach is right. He lacks the strategy of attainment and the essential qualities of a credible leader. His orations are uncouth, obtuse, provocative and indeed treasonable. Kanu should be enlightened that his ranting, hate speeches, confrontations and threats of war cannot bring forth Biafra; persuasion and dialogue is key.

Deficient in intelligence, Kanu fails to reason that his disciples cannot withstand the viciousness of a police acting on a court or presidential orders. Kanu fails to reason that his admirers shouting “oh yeah, oh yeah, oh yeah Nnamdi Kanu is another savior” cannot influence his release if the court orders him back to prison. His admirers would quickly forget him like he has allegedly forgotten the other Biafran agitators that were refused bail.

Kanu’s episode might end in tragedy if he doesn’t change strategy. The Judas in his disciples or the southeastern political bigwigs feeling outshined by his growing popularity might decimate him.
Why always unfortunate? Nigeria recorded virtually no progress under the sixteen year rule of the Peoples Democratic Party (PDP) whose chiefs ruthlessly looted the commonwealth. Disheartening, the All Progressives Congress (APC) change mantra is manifesting as a political gimmick and deceit. APC promised change, but virtually nothing has changed positively. Without further ado, Buhari needs to review or order the review of his kith-kin-and-kindred, extremely lopsided, political appointments to reflect regional equity. Appointing prominent and competent Igbos into crucial positions would pacify frayed nerves, promote national unity and the quest for Biafra will naturally fade.

The solution to Nigeria’s disintegration is hidden in the federal government’s readiness to abide by Hobbes’ social-contract principle of ensuring the equitable distribution of resources, political offices, justice, fairness and the rule of law.

Only political and regional parity can sustain a sovereign Nigeria’s unity for another fifty-seven years multiply by fifty-seven.

*Omoshola Deji is a political and public affairs analyst. He wrote in via moshdeji@yahoo.com