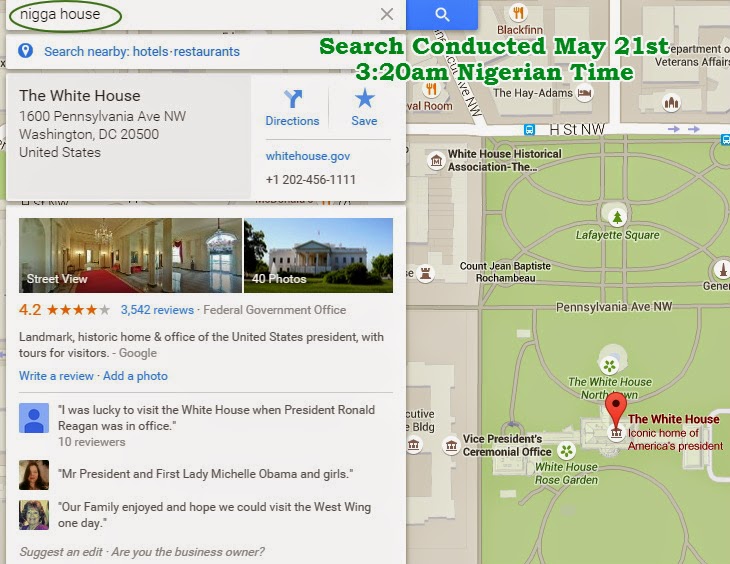 A big technical glitz in Google Map has insulted the person of the President of the United States of America, Barack Obama.

Google Spokesperson has tendered an official apology with the promise to fix the problem. He however gave no reason for the error.

“We apologize for any offense this may have caused. Our teams are working to fix this issue quickly.”

This is a rude shock.!!!!! Racism of the highest order.