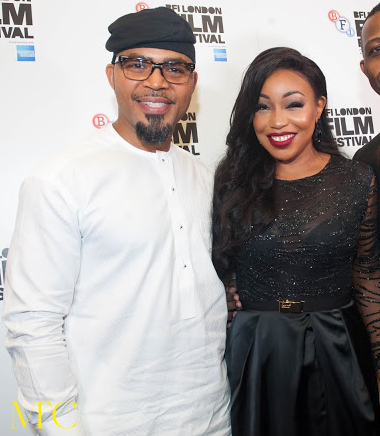 Nollywood actor Ramsey Nouah has appealed to the Federal Government to create an enabling environment for cinemas to thrive across the country.

Nouah told NAN on the sideline of the ongoing Tozali African Fashion and Cultural Week in Abuja.

“I will like the Federal Government to create enabling environment for cinemas to be established in all parts of the country.

`’The cost of obtaining license should be reduce to encourage more people to go into cinema operation; this is because the demand for local contents in cinema is quite high.

“When that is achieved, we the practitioners will then create demand, raise funds and create quality indigenous contents that will attract many to the cinemas.

“If we have more cinemas in the country, it will also provide opportunity for more Nigerians to watch movies of their choice,’’ Noah said.

He explained that it was a good thing that Nollywood had contents that could be consumed globally, stressing that the contents transient language, culture and traditional barriers.

He, however, stressed that some Nollywood movies did not currently have enough content but with more cinemas, film makers would be encouraged to begin to inject quality local contents in their movies.

On piracy, the Nollywood star said that pirates were encroaching into the industry and that it was affecting film makers, producers and actors in many ways.

Noah who also spoke on his achievements in the movie industry said, “ it is great and overwhelming; I did not envisage fame and success at the beginning of my career in Nollywood.

“However, it feels good to see that you are in a position in the industry where you are respected and leave a legacy behind.

“In movies, I play someone’s character; what you are seeing is not me, the Ramsey you see in movies is different from the one you see in real life.

“ I try everything possible to spearhead so many productions that are successful; whatever I can add to make it good, I do it; that is what sustains me till now,’’ he said.

The `My Wife and I’ star expressed concern about technicalities in movie production in the country.

According to him, there was the need for film makers in the industry to coordinate technicalities with actors’ performance to give better delivery.

“I think we need to coordinate the technical side of film making and blend it with the actors so as to avoid unnecessary disconnect.

“It has been observed that there is a disconnection between technicalities and actors; technicalities like showing of doubt by an actor but the actor’s action do not connect.

“This makes the act in the movie obviously unnatural and unprofessional; thus we need to sync the two so as to have a balance,’’ Noah said.

He also revealed that himself and comedian Ayo Makun also known as `AY’ are currently working on a project, `Life of Ramsey Noah.’

“It is like a story. We will start production next month.

“I also have my own project for `Ramsey Films’ that I am working on. I want to thank God for Bank of Industry (BoI) for their support and assistance in the project,’’ he said.