American rapper 50 cent who was arrested few days ago after an alleged fight with the mother of his 16-year-old son, Marquise is yet in another scandal.

The rapper was recently involved in a serious exchange of words with his son.
50 cent allegedly sent 16-year-old Marquise a series of abusive text messages.

In a rant that resembles that of Alex Baldwin’s infamous rude voicemail message to daughter Ireland, 50 cents called his son sh*t head’, ‘motherf***er’ and ‘f***ing stupid.

The rapper also demanded for a paternity test for his son. 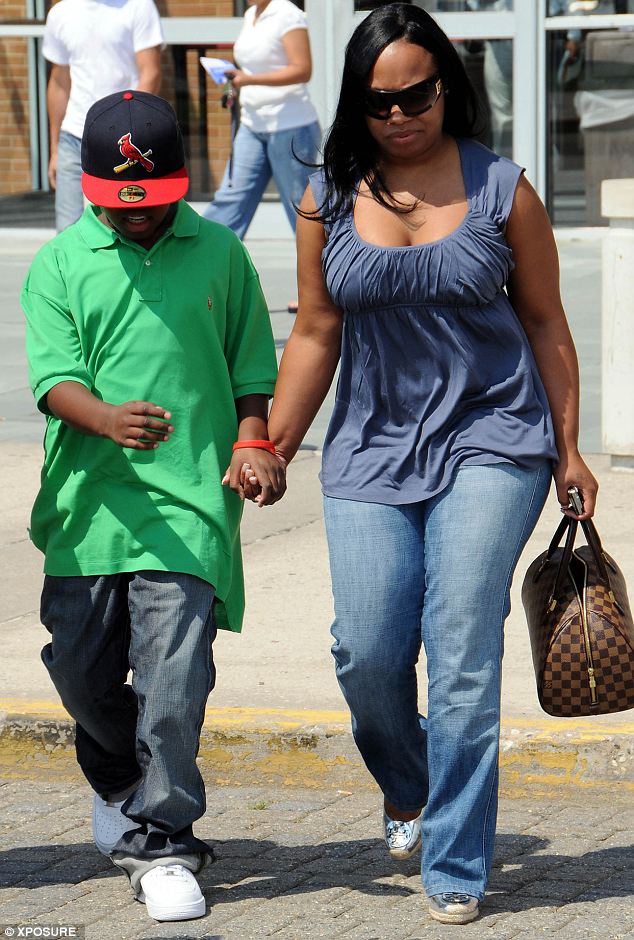 Throughout the stream of messages 50 tells his son to cut all contact with him, telling the boy to ‘f*** you stop texting me’ and ‘delete my number.’

The argument was due to Marquise’s refusal to open the door for him when he came for a visit.

Check out 50 cent’s abusive text messages to son below;

Rapper 50 Cent: Hey I’m outside the house at the front door.

Rapper 50 Cent: I came to the front door then lights went off. What’s up?

Son, Marquise: U lying u outside?

Rapper 50 Cent: I saw you looking out the window good luck in life. Your gonna need it.

Son, Marquise: Lol u fronting hard body now, how u going to see me when I’m in the basement lmao

Rapper 50 Cent: You are your mother child

Son Marquise: Lol why would u lie about that lol

Rapper 50 Cent: I don’t think your funny at all. I drove out here for nothing.

Son Marquise: Pops ur trippen now, why u won’t been get one u had 16 years lol, I know u lying bc u didt even call me too go outside

Rapper 50 Cent: Are you f***ing crazy I don’t have time to play boy. I told you I would come see you. I came motherf***er start turning lights out and looking threw the blinds.

Rapper 50 Cent: Are you f***ing stupid. You had me drive over there why do you think I needed a address sh*t head. I saw the lights go out then some one playing in the blinds and there no party going on. F*** you to

Rapper 50 Cent: You your mother and your sister f*** all of yal.

Son Marquise: I might dumb, come thru then, no need to get upset

Son Marquise: Stop by and say hello to ur son

Rapper 50 Cent: What the f*** are you taking about I’m not f***ing with you after this I leave Atlanta in the morning.

The above abusive text messages is very painful to read.

The innocent boy didn’t say anything bad to him.

50 cent needs to get himself together.