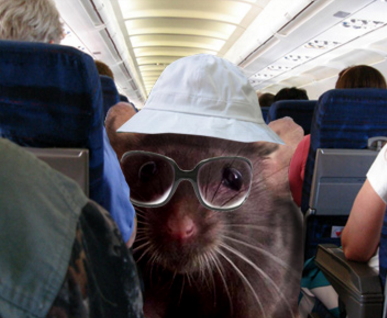 December 31, 2015 – Rat On A Plane: Air India Makes Emergency Landing After A Rat Was Spotted On Board

An Air India plane travelling to London was forced to make an emergency landing after a rat was spotted by a passenger.

The flight # AI 131 heading to London yesterday was flying over Iran when a passenger on board said he saw the rodent.

Rats occasionally get on board aircraft along with catering and other supplies but can pose a serious technical as well as a health hazard if they chew through wires.

Air India promises to fumigate the plane as soon as possible.