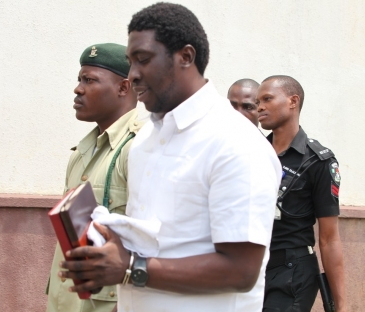 Akolade Arowolo, the 34-year-old RCCG youth Pastor sentenced to death for the murder of his wife, Titilayo several in 2011 has joined the 74 condemned prisoners seeking amnesty from Governor Ambode.

Apart from the death sentence convicts, over 350 serving life at Kirikiri Maximum prison are also seeking mercy under the prerogative of mercy conferred on the incumbent Governor of Lagos State.

Arowolo was among those called out by Prerogative of Mercy committee set up to review applications of the condemned prisoners seeking mercy yesterday during a fact finding visit to Kirikiri Maximum Prison to determine those eligible for mercy and pardon.

The head of the committee Prof Oyelowo Oyewo said Governor Ambode has approved the release of 18 prisoners on death row.