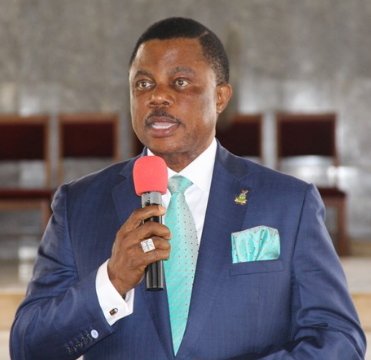 The chairman of the Manufacturers Association of Nigeria in charge of Anambra, Enugu and Ebonyi States, Chief Aloy Azubuike Okafor has hailed the governor of Anambra State over the Stimulus Package announced by the governor aimed at reducing the hardship of the people of the state.

While reacting to the news of the governors suspension and waivers on all manner of taxes and levies charged businessmen, traders and manufacturers, chief Okafor said it was a welcomed development and enjoined the state government to enforce its pronouncement to the letter.

According to him, any measure by the government to ease the pains and sufferings of the people is welcome and commendable.

In his own reaction, the Director of Justice, Development and Peace Commission(JDPC) Onitsha Archdiocese, Rev Fr (Dr)Edwin Udoye commended Gov. Willie Obiano for taking such decision.

According to him, the JDPC has been vindicated in its various advocacies and campaigns for the various states particularly Anambra to reduce the burden of multiple taxation on the people of the state.

He urged the state government to ensure strict compliance by all concerned and to enforce the directive to the letter.

Father Udoye said the governors decision was a courageous one which would ease the increasing burden of the economic recession.

It will be recalled that Gov. Willie Obiano of Anambra State, last Tuesday, announced measures to cushion the effects of the current recession in the country on the people, with the immediate suspension of sale of emblems, collection of wheel barrow tax and hawkers permit in all parts of the state.