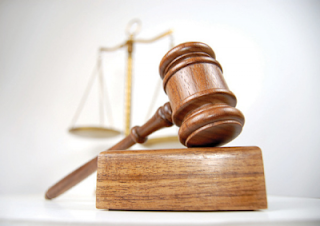 “In conclusion, therefore, I have to state that this appeal lacks merit and I dismiss it. I affirm the judgment of the Court of Appeal which affirmed the decision, conviction and sentence of the appellant for culpable homicide punishable by death.

“I order that the sentence as passed by the trial High Court be carried out,’’ she said.

The appeal emanated from the Court of Appeal, Sokoto Judicial Division.

The appellant was arraigned before the Sokoto State High Court on one count charge of culpable homicide punishable with death contrary to section 221(a) of the Penal Code.

The appellant pleaded not guilty to the charge but the respondent called seven witnesses and tendered numerous exhibits to prove the case.

However, the appellant testified in his own defence and did not call any other witness.

The trial judge, Abbas, convicted the appellant and sentenced him to death by hanging.

Dissatisfied with the decision, the appellant approached the Court of Appeal which upheld the conviction and sentence.

Again, not satisfied, the appellant appealed the decision of the appellate court to the Supreme Court on May 13, 2010.

Maigari had approached the court to determine whether the Court of Appeal was right in holding that the prosecution proved its case beyond reasonable doubt.

He further prayed the apex court to determine whether the Court of Appeal had not considered his submissions before affirming his conviction.

The appellant committed the offence on Jan. 11, 1999, at his house in Yabo, Yabo Local Government Area of Sokoto State.

Maigari had strangulated his wife to death for ritual and later conveyed her corpse and dumped it in a culvert near Janzomo Village along Kanjiji-Shagari road, in Sokoto state.