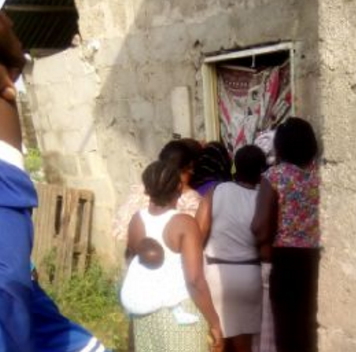 Some suspected ritualists have murdered a woman and her children in Ikorodu area of Lagos.

The 3 children between ages four and nine and their mother were murdered on Masafejo Street, Agbowa, in the Ikorodu area of Lagos by hoodlums suspected to be ritual killers around 2am on Wednesday.

According to Metro Plus, the victims who lived in an uncompleted building occupied by a Cherubim and Seraphim church were left in a pool of blood but the mother was still breathing when worshippers arrived around 5am.

They were rushed to the hospital but none of them survived the horrific attack.

The officials of Lagos Police command have vowed to fish out their killers.

Policeman Arrested While Attempting To Steal Newborn Baby In Imo Hospital
Bolaji Isaac, 85 Year Old Widow Abandoned By All Her Children Cries Out For Help