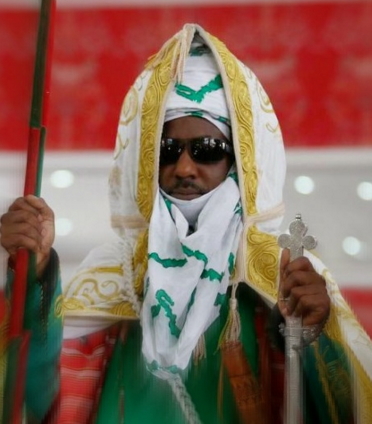 Lawyer to Alhaji Salim Bayero, the Kano prince who took Emir Muhammadu Sanusi to court has explained that the Emir of Kano was going to demolish graveyards of past emirs.

Mr Sanusi Sadiq, told newsmen that what the emir and the council were seeking to destroy was the graveyard where no fewer than 13 former Kano emirs were buried.

He explained that the plan to demolish the structures in the palace was capable of “killing the ancient tradition which Kano emirate council was known for.”

Meanwhile A High Court in Kano on Friday restrained the Emir of Kano, Alhaji Muhammadu Sanusi II, from demolishing or tempering with any structure in the emir’s palace.

Salim Bayero had filed the suit, seeking an order to stop the emir, the Emirate Council, Attorney General and Commissioner for Justice, from destroying some structures in the palace.

He also prayed the court to restrain the defendants from evicting occupiers of the structures pending the determination of a substantive suit on the matter.

Justice A.T. Badamasi, in his ruling also restrained the emir and the emirate council from evicting any person residing inside the palace known as Gidan Rumfa until the determination of the substantive application.

The judge also directed that the parties should maintain the status quo pending the determination of the substantive suit.

Badamasi adjourned hearing of the main suit till November 12 for hearing.