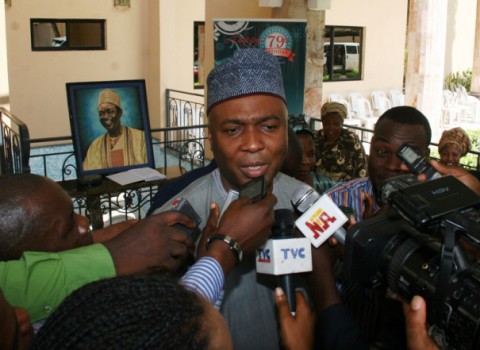 A desperate last move by Senate President Bukola Saraki to stop his arraignment failed yesterday at a High Court in Abuja.

Troubled Saraki raced to the Federal High Court in Abuja on Thursday to restrain Code of Conduct Bureau and the Office of the Attorney General (AGF) to stop his planned arrangement on a 13-count corruption charges brought again him by AGF.

Justice Ahmed Mohammed rejected his plea and directed that the respondents be put on notice.

The judge directed the respondents to appear before the court on Monday to show cause why Saraki’s prayers, as contained in his ex-parte motion, should not be granted.

Here are the main charges

A source said Saraki left Abuja immediately after he lost the case.