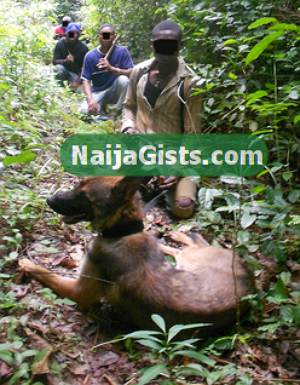 School Where Kidnappers Are Trained Found In Delta State, Nigeria

The Governor Of Delta State, Dr. Emmanuel Uduaghan, weekend, explained why he would not sign into law, the Bill passed by the state House of Assembly, prescribing death penalty for kidnappers, describing the Bill as a duplication of efforts.

He also said that a school for training of kidnappers had been uncovered in the state.

Speaking at Unity Hall at Government House, Asaba,  on questions posed to him at a town hall meeting during the visit of the Good Governance tour team, led by Minister of Information, Mr. Labaran Maku, to the state, he said:

“As a state government, we have been dealing with kidnapping. Presently, we have been able to identify some hot spots in the state, what are called the red spots, where kidnappers are trained. We have identified those areas.

“We are strategising on security for those areas and that is why, in the last few weeks, you could see that the incidence of kidnapping has gone down. There are other strategies we are still working on to deal with kidnapping, which I cannot disclose here.

“Once you are a kidnapper, you are also an armed robber. The law is already there to sentence kidnappers to death. And I must say that in this state, in the last few months, our judges have been bold enough to convict many kidnappers. They are working hard to sentence more kidnappers.”