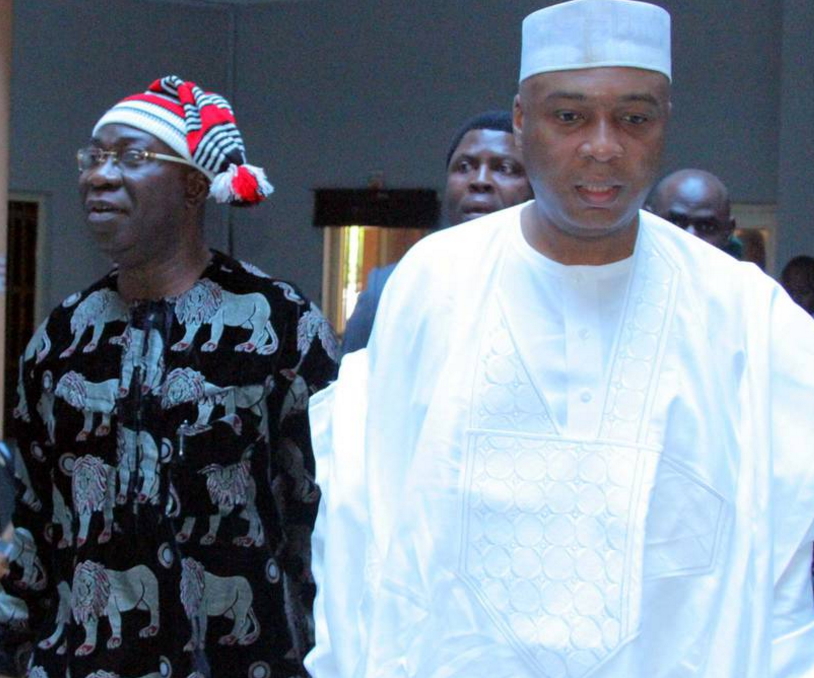 Embattled Senate President Saraki, his Deputy Ekweremadu and two others were today charged before a Federal High Court in Abuja with criminal conspiracy and forgery.

The four politicians were accused of altering Nigeria’s standing Senate rule to fulfill their selfish desires.

The politicians pleaded not guilty and were granted bail.

The matter will come up for hearing on July 11

See photos from their arrival in court this morning. 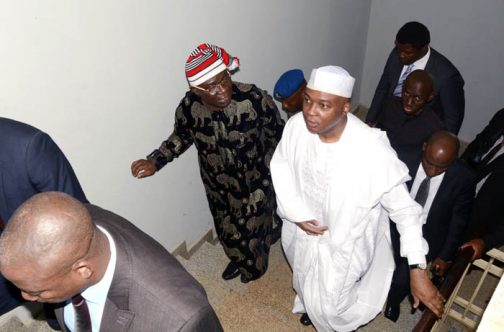 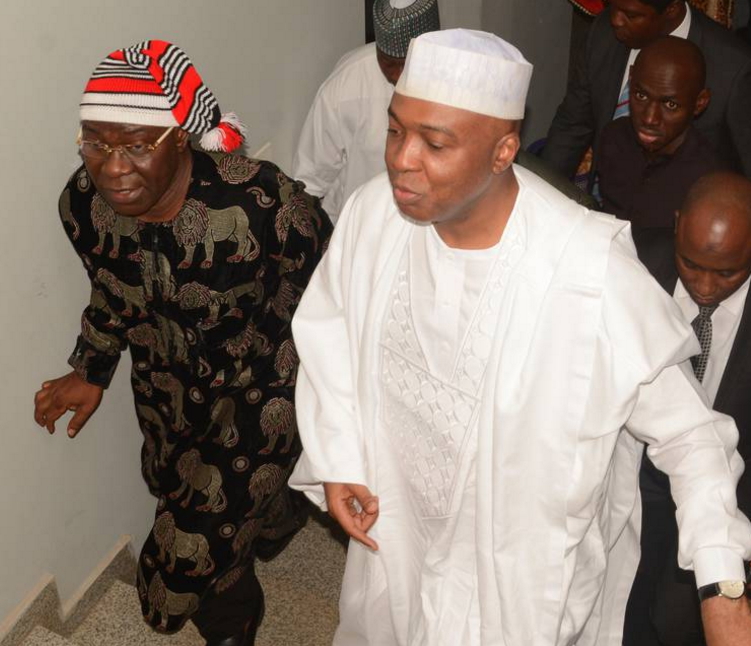 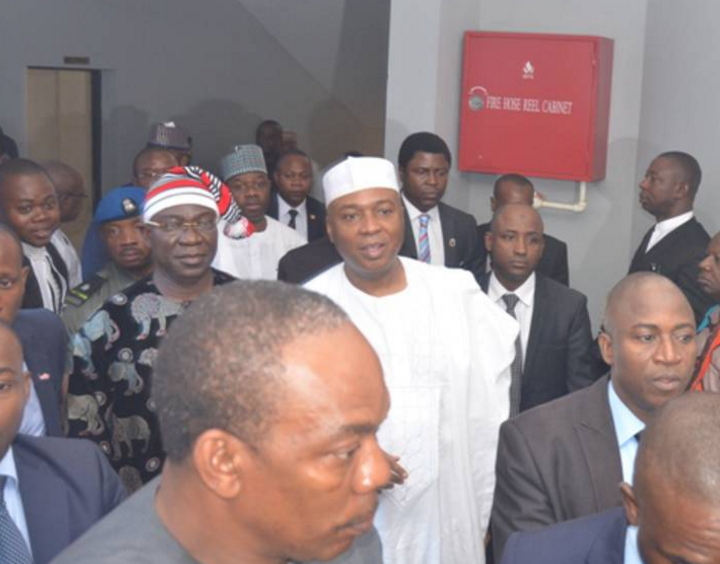 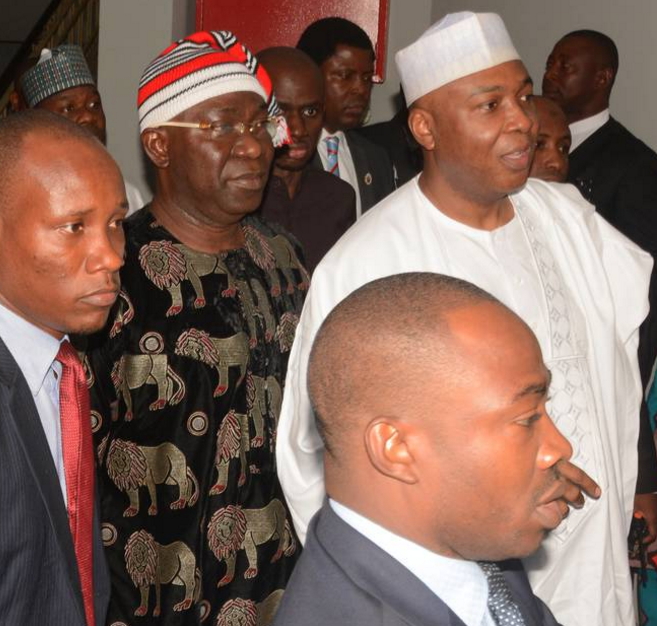 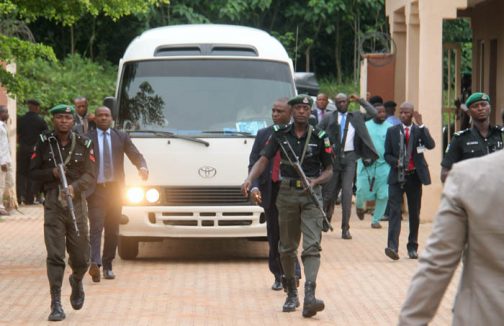 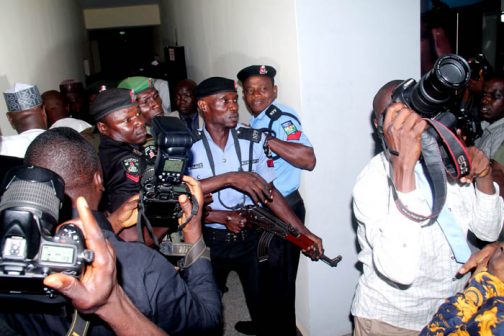