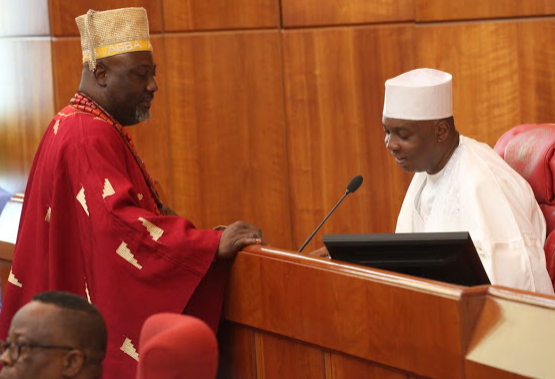 The Senators who met behind closed doors were incensed by the proposed trial of the leadership of the Senate for forgery. 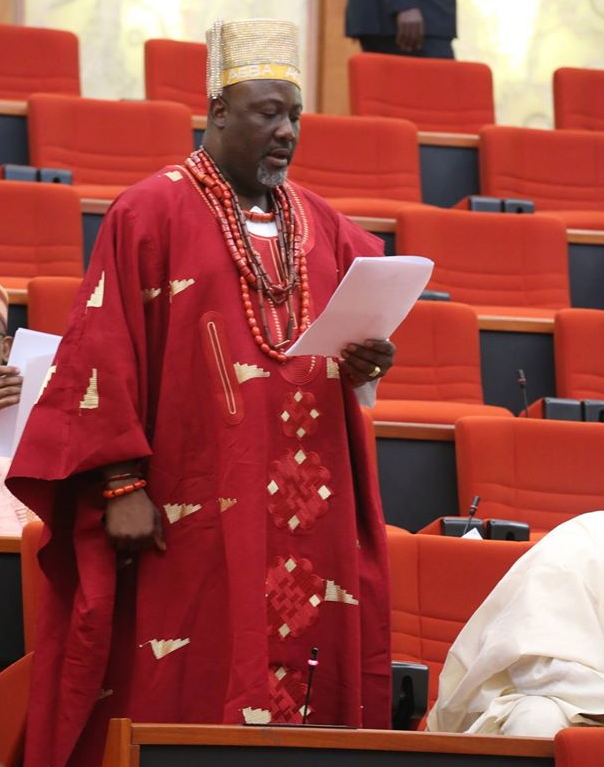 Shortly after commencement of a plenary session, Senator Dino Melaye (APC Kogi West) said in his remarks that the Attorney General of the Federation, Abubakar Malami, must be brought before the Senate to be thoroughly grilled and humiliated for charging the Senate leadership with forgery in court.

Mr. Melaye called on the Senators in attendance to fight the presidency to a standstill. In his rant, he issued a wide variety of threats.

Recognized to speak, Senator Remi Tinubu (APC) Lagos Central said the Senate should not be reduced to a kindergarten where Senators could just issue childish threats, and called on Senators to close ranks and seek reconciliation amongst its members.

That was when Melaye flew into rage, calling her names.
“I will beat you up and impregnate you on this floor and nothing will happen,” he threatened.

The statement caused a commotion on the floor as Senators in her support gathered to protect her. Senate President Saraki nodded as Melaye called mrs. Tinubu unprintable names according to Senators who intervened to save her from the rampaging Melaye.
Leading the offensive in support of Melaye were Senators Danjuma Goje, Jibrin Barau, Isa Misau and Peter Nwaoboshi.

A source told SaharaReporters there had been a series of meetings at the home of Senator Aliyu Wamakko (APC, Sokoto) to plot a total onslaught on President Buhari in the coming days.

In addition, the Senators held to be behind the current forgery trial were threatened by the like-minded Senators, with Melaye threatening to kill anyone who shows up in court to testify against Saraki and Ekweremadu.