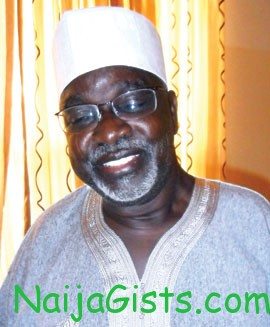 Senator Ahmed Khalifa Zanna, a rep. of Borno Central Sen. Dist. in the National Assembly has filed a N5 billion lawsuit at an Abuja High Court against the Nigerian Federal Government for damages he suffered after he was alleged to have harboured a top Boko Haram Kingpin at his GRA Quarters in Maiduguri. naijagists.com

Senator Zanna who denounced the report said the Boko Haram member is his family member(his nephew).

In the lawsuit filed before the Abuja High court, Senator Ahmed Zanna had joined the Minister of Defence, the Chief of Defence Staff, the Attorney General of the Federation and Lt Col Sagi Musa as defendants.