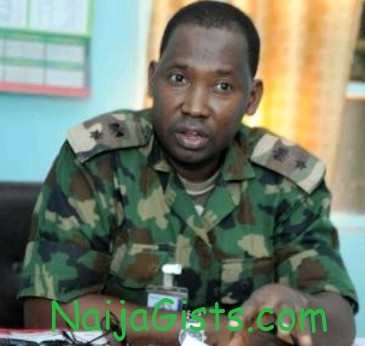 To those who do not know him, Ahmed Grema Mohammed is a senior immigration officer who was arrested few weeks ago after he was caught impersonating a Nigerian army personnel at a checkpoint in Maiduguri. naijagists.com

He has been working with Boko Haram terrorist group since 2009.

In his confession, he said he has received training in Niger Republic on weapon handling, assassination and terrorism.

He has killed several civil servants, politicians and security operatives.

If you miss the news of the arrest of Boko Haram security officers, read it here.

One by one God will begin to expose these evil doers.