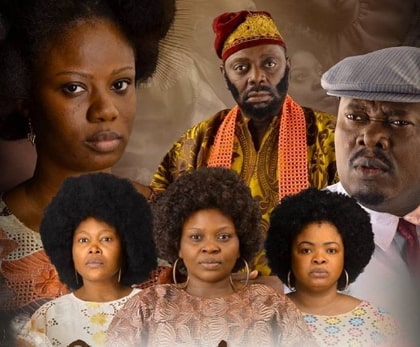 Should A King Get Away With Child Abuse?

Nollywood Movie star Dayo Amusa is set to kick start a debate on child abuse as her movie, Omoniyun based on the subject matter premieres on November 29 in Lagos.

In a chat with TS Weekend, the female movie maker said:

“My fans should watch out as I have something refreshing and exciting for them. My latest movie, Omoniyun hits cinemas across the country on November 29. Omoniyun is the story of a 13-year-old girl being molested by a prince. It sheds light on the ills of child sexual abuse, which is a symptom of parental negligence. It talks about STDs and child marriage among others. The story is woven around the need to protect our children especially in today’s fast moving world.”

On what gave her inspiration for the movie, she said:

“I got my inspiration from things around me. My major cast goes through a lot of difficult experiences because I have seen many young girls being abused. This is an issue we need to address. In some cultures, irrespective of age or tradition, an oba or prince can get away with anything. Now the question is, ‘should a king get away with child abuse? Is the prince above the law?’ We are basically questioning some issues in society.”

“After shooting in Abeokuta, I lost a lot of rushes due to a bad hard drive, so we had to book a fresh date to shoot all the lost scenes. I spent almost twice my initial budget, but thank God we are here,” she said.

2 thoughts on “Should A King Get Away With Child Abuse?”