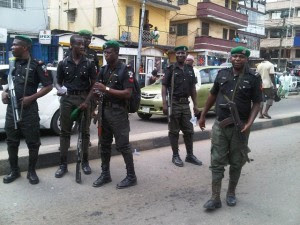 A man who is reportedly recovering from an unknown ailment has killed himself in Aba Abia state.

According to Vanguardngr, the now late suspect identified as Uba Okoroafor was prevented from going out by his wife’s sister due to his failing health on Monday.

Angered that he was being challenged, he went into the kitchen, brought out a knife and stabbed her to death before stabbing himself.

He later fell to his death from a 2-storey building on hospital road in Aba.