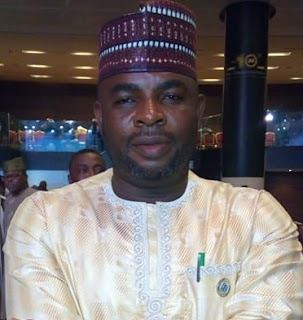 The Chairman of Somolu Local Government Area of Lagos, Mr Abdul Hamed Salawu aka Dullar is in coma in hospital after being assaulted at a street carnival on Easter Sunday, The Nation Reporting.

His PA, Seun and brother, Sulayman were also wounded in the attack.

A lawmaker in the state was said to have ordered his boys to beat them up. 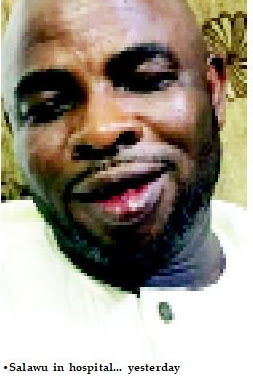 The lawmaker is said to be eyeing a seat in the House of Representatives in which a former commissioner, described as the council chief’s benefactor, is also interested in.

The carnival, usually held on Easter Sunday, was started three years ago by Anifowoshe Youth.

We learnt that the carnival began on a peaceful note, with the youths dancing round several streets.

They later gathered in the evening for refreshment. Fatai Akanbi Valentine and his band entertained them.

Things went awry around 8pm when a man named “Kogi” started shouting the former commissioner’s name as the candidate for the House of Representatives seat. The ex-commissioner was not at the party.

Kogi was said to have been cautioned by people loyal to the lawmaker.

In the heat of their argument, the party turned rowdy and the lawmaker allegedly ordered his boys to attack the council chairman.

“They first poured alcohol on Dullar’s face and smashed glass cup on his face. Blood started gushing out from his face. He was about to be stabbed when his younger brother, Sulayman pulled him over and he was quickly rushed to a nearby hospital. Sulayman was injured in the hand.

“Dullar’s people went to report at the police station. On their way back, they learnt that Dotun Taiwo, who works at the local government Revenue Department had been stabbed by the touts. He was unconscious when we got back to the scene. He was also rushed to the hospital.

“We later learnt this morning (yesterday) that the attack was premeditated to kill the council chairman’’.