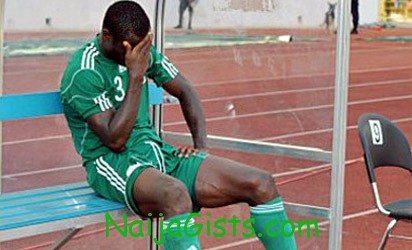 Taye Taiwo , Super Eagles left wing back, gave the strongest hint that he would be on his way out of Serie A giants AC Milan , when he reveled his frustration at being ignored by coach Massimiliano Allegri.

Taiwo has played six games in all competitions this season and according to him he suffers everyday, because he was not allowed to play his football. The former Olympic Marseille of France defender cried out at the weekend he may be forced to look elsewhere in January.

Taiwo said: “I suffer every single day because I’m not playing football. I came here to play and instead I’ve only featured in six games. I don’t understand how things work over here in Italy. Sometimes I’m left in the stands whereas I really need to play.”

“Evidently Allegri doesn’t have faith in my abilities. It’s not really in my nature to stay in a situation like this.” added the left-back

Newcastle United and Werder Bremen are said to be monitoring Taiwo. The Magpies are believed to be in pole position to sign the full-back as a replacement for Jose Enrique, who left the club to join Liverpool in the summer.