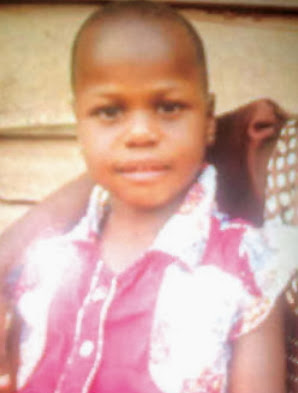 Police detectives in Akure,Ondo State, are working tirelessly to unravel the circumstances that surrounded the death of a 4-year-old pupil of Falaye Memorial Nursery and Primary School located at Fanibi area, Elizabeth Wanogho, after her parents alleged she was sexually assaulted by one of her teachers.

However,the school authorities claimed that little Elizabeth was neither assaulted nor beaten, and accused her father of being complacent over her treatment after she fell sick.

The father of the girl,Ovie alleged that his daughter was beaten to death because she reported to him that her teacher sexually assaulted her and pleaded that justice be done by the police and the matter should not be swept under the carpet.

The 45-year- old Civil Engineer with HFP construction company in Bauchi who was transferred to Ondo State three months ago said he suspected foul play by the school proprietor and police.

Narrating his ordeal to Crime Guard, Ovie alleged that his second daughter was defiled and strangled by her teacher who is also the son of the school proprietor, Mr Kola Alade. According to him, “One afternoon, my daughter returned from school and I overheard her telling her mother that her new uncle put his hand in her private part and touched her bum bum. Before I could come out of my room, her mother brought her to me and she repeated it.

“I took her to the school the following day to report to the proprietor, Mr Kola Alade who summoned the teacher and Elizabeth repeated what she said at home. The teacher, Alade then said in Yoruba’ mo kan ba sere ni’ meaning 7(I was just playing with her). I then warned him seriously that such should not repeat itself again.

“The proprietor promised that such will never happen again. My daughter returned that day to report to me that because I came to warn her uncle, he pressed her neck saying that ‘your parents are not here, I will deal with you.’ She made me know that the teacher is the proprietor’s son. She complained of neck pains and I went to a nearby chemist and bought the prescribed drugs and administered it on her, only for her neck to swell overnight and I rushed her to the hospital that night.

“On my way, I met the school proprietor driving out. I explained my plight to him but he said my wife and I should wait for him. We waited but he never returned before I got help from another neighbour who took us to the Military Hospital at the barracks where Elizabeth was placed on drips and antibiotics to just reduce the swollen neck but to no avail.

“All along, I was concerned with my daughter’s recovery but with all the treatment, she was not responding to treatment and each time she asked for food, she could not swallow when the food was brought to her. It was after we spent few days at the hospital that the soldiers asked about the proprietor and I took them to the school and the proprietor claimed that he was not aware of what happened.

He also disclosed that the teacher who assaulted my daughter is his son and an undergraduate stating that he asked him to help retain the class because some of his teachers had left and he never knew it will lead to this. After this, he also insisted that he will only produce his son if I will not be around because he was afraid of how I will react.

And the girl died.

“We were later referred to Mother and Child Hospital, Akure, where I was asked to buy blood but because I do not have money, I volunteered to donate my blood and two pints was taken from me to just save my daughter’s life. It was then that I received a call from the police that the proprietor was negotiating the release of his son at the Police station. When I rushed to the station to know whether it was true,I received another call to rush back to the hospital.

“When I got to Mother and Child hospital I saw my daughter and she stretched her hands to me and called me, ‘Daddy! Daddy!’ As soon as I moved to her and carried her, she breathed her last.I thought it was a joke. I raised her hand, it dropped and I realized she was gone. (After this, Ovie betrayed emotions and cried like a baby.) The doctor’s report revealed that something struck her vaginal and strangled her on the neck. She is in the mortuary now and what I want is justice. I want fellow Nigerians to help me, I have three kids and have lost one. She is my carbon copy, I gave her my blood to keep her but she has left me.”

Reacting to the allegations on behalf of the school management, the Proprietor, Mr Kola Alade denied all the allegations by the father of the deceased. He explained that Elizabeth was not assaulted as claimed by her father. “Ovie never came to my school as claimed, it was the mother of the deceased that came to the school with her children to complain and I summoned my Head mistress and the teacher, Adebayo who in turn denied that anything of such happened.

“When the girl was in the hospital, I told my Headmistress to go and visit her and we even advised the father to take the child to Mother and Child hospital but he preferred that his child be taken to the Military Hospital. Her father was complacent on the treatment of his child which resulted to the death of the girl, he was reluctant all along as he did not respond when he was called to donate blood for his daughter which was late before he eventually did.

“Her father simply wants to tarnish the image of my school as all he claimed are untrue. We have urged him to go and let an autopsy be carried out on the girl but he has been avoiding that because when we know the cause of death, we will be able to know what really happened to the girl.” In her reaction, the Headmistress, Tinuola Ajimajasan said Elizabeth was not beaten or assaulted as claimed, and the school was not aware that she was sick as the little girl in question is in Kindergarten class.

In his reaction, Ondo State Police Public Relations Officer, (PPRO) ASP, Wole Ogodo said the suspect, Mr Adebayo Alade has been apprehended and is presently in detention at the State Criminal Investigations Department,SCID, Akure. Ogodo said the post mortem will reveal the cause of death. “We will need an expert to do the autopsy on the deceased as the police cannot rely on any hospital to come to conclusion.” He therefore pleaded for patience on the part of all concerned.