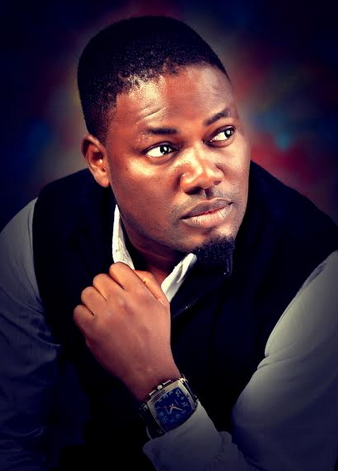 September 14, 2016 – The Challenge Of Being A Nigerian Today, An Article By Afeso Albert Akanbi

Technology is good yes. Even though it has its own demerits like every other human endeavour, no one can deny that it has enhanced human life and also has the capacity to make nations who put it to good use powerful.

Sometimes in 2013 a British newspaper broke some piece of interesting news about how some classified documents of the United State National Security Agency was leaked, and how among the leaked documents was a court ruling ordering Verizon to hand over telephone data in their possession.

It became clear from that news that the phone calls of millions of Americans as well as countless people around the world, through the use of technology, were being monitored. As a matter of fact, America was and could still today listen in on phone conversation in the entire planet. Emails, phone calls, credit cards, passwords, chats, nothing is hidden anymore.

Even though I am not here trying to excuse this ultimate breach of privacy, I believe this is proof that with technology, a nation can actually become a giant, rendering another nation an ant. China, Japan, Israel and even India recognize this fact, reason they are daily ‘borrowing’ America’s technological recipes and turning them into their own.

However, at a time when serious nations are utilizing technology to meet their communication needs, up to the extent they are now even capable of breaking into people’s privacy, we have revealed how pathetic our own situation has become.

One does not have to look far or need a soothsayer to get confirmation of our technological backwardness. Even the future is being mortgaged too! Just take a look at the results coming to light of the subject of Science and Technology in our secondary schools and you will see what I mean. As if that is not depressing enough, we cannot even utilize technology to manage basic communication needs. Today, one cannot place a call and get the lines to connect at one dial. As a matter of fact, it is when you are in an emergency situation that MTN will refuse to connect your calls.

Every day, simple task- like making a call, using the internet or an ATM- is continually proving a difficult challenge in this country. Last week I had an experience that underscores how difficult it is today to be a Nigerian living in Nigeria in this challenging world. It is not as if this was the first time I would face a challenge trying to withdraw money but it would be the first all the negatives in this country would be at play and affect so many people at the same time too.

As a research centre, the office where I work is situated in the premises of one of Nigeria’s premier Federal Universities. Despite this, I could not use my Access bank online platform because for over a month, the networks of all the major service providers have been really appalling. Internet services was at a lock down, calls were either not connecting or services were epileptic. You could be on a call and all you get to hear would be half the conversation of the person on the other end. Then there was this massive congestion on the university INTECU internet platform so that buying their scratch card became a waste of time and money.

I took my slot behind a smallish girl in the long almost endless, crowded line of students that stretched into the scotching sun. After almost an hour wait, when it reached the turn of the girl, after like three trials, the machine debited her but didn’t remit the cash. The palpable look of frustration on her face blended with her tearful sigh. I didn’t need a soothsayer to tell me to seek another machine. It was then I realized surprisingly that all the other ATMs were not working. From GTB to Zenith the crowd of customers waiting to use ATMs was frightening, and yet the machines were not working all at the same time.

The crowd inside the banking hall was almost double the one outside. In front of the POS, the cashier ordered me to insert my card into the device. I punched in some digits. The word ‘receiving’ displayed on the screen for about five minutes and then changed to ‘received’. In a bid to vomit the receipt of the transaction, the machine jammed. I asked the cashier the way forward since the transaction had been concluded. She told me because I was a known face at the branch, she would pay me but not before putting down some info about myself like my phone number and stuff. I said to myself, you can take my birth certificate if you want just give me my money.

The point of this narrative is simple; why are basic things so difficult to get in this country? And why does it appear Buhari and his APC, recession or not, are making life even worse with the current hardship? Even though we live in a time and world that is beset with all manner of problems, instead of keying into the technology bandwagon and see how we can benefit from it, every day we take one technological step forward, two sideways and three backwards. Every day we inflict punishment on ourselves that stems from the fact that we always put politics first and play shameless dangerous politics with everything. If not, what will it take for government to demand real service from those who should render such to make life easy for citizens?

Insecurity, terrorism, food shortages, crime and natural disasters are just a few of the issues that have made it axiomatic that being a human being in this epoch is a challenge and a form of suffering. Then reality has dawn on us today that living in Nigeria under President Buhari’s APC government is torture.
The debate about human suffering has been around for as long as man has been able to form words into questions. And suffering can come as pain, mental distress, emotional unhappiness caused by unwanted experiences happening to an individual. As a matter of fact, many atheists have used the tragedies of human suffering as an excuse for rejecting God and spiking the theistic goons by putting forth the issue-especially of innocent people suffering- at debates. Yet, this is what many people in Nigeria today face day in day out.

Or how else do I explain the fact that just to use an ATM I had to suffer for a whole three hours! In a Federal University environment that prides itself as one of the best in Nigeria, for close to two months, there was no electricity, internet connection, mobile connection was epileptic and then banks too! This is added to the fact that infrastructure is at zero, laboratories equipment are outdated, lecturers are lazy and students lack focus. And this is not unique to this school alone. What sort of people punishes themselves the way we do? It is one thing to suffer; it is even a worse thing when this suffering is self-inflicted.

Today we hear talks of this current recession lasting till 2020. Inflation is at a biting peak and no commodity in the market is spared. Then the naira is at a perpetual downward slide against the dollar. Do we need any more evidence that this is a form of mental, physical and material suffering for Nigerians? Are even the billionaires among us spared? At least mentally?

We know we cannot change this government, but we also know we can vote them out in the next election come 2019, but can we trust this government to give us a free and fair election? As sordid as former president Jonathan’s government was, at least he gave us a free and fair election. Can we trust President Buhari? Isn’t the recent postponement in Edo State election for the laughable reason by the same government that prides itself in putting down the insurgency in the North East a disquieting hint what to expect?

For me, and I stand to be corrected, President Buhari and APC’s Nigeria today displays all the symptoms of a man going into coma and we are increasingly becoming as stagnant as a pond. The frustrating aspect is the deafening silence of the intellectual class who should either be speaking up or offering suggestions to salvage the situation. I begin to wonder what APC government officials dream of when they rest their heads on the pillows at night.

Nigerians are hardworking, resilient people yes, yet we are cursed with bad leaders who can’t think outside the box. Our problem as the late literary icon Chinua Achebe rightly observed is that of leadership. The government and the intellectual class who should provide leadership have failed us.
In a country with countless so called intellectuals, premier universities, countless dissertation papers, we cannot even invent the technology to purify our water or make water and electricity available to everyone.

We still rely on foreign countries to manufacture drugs to treat illnesses. We cannot even grow our agricultural sector to self-sustenance level and still import even tooth pick.
After accumulating countless Ph.Ds. which they hang on walls, after forcing everyone around them to call them professor this or that, our intellectuals will either prefer to work as government mouth piece spewing lies or stay in government offices from 8am to 5pm and in the evening go and cool off at some beer parlour or Suya joint when their mates in developed countries are toiling and spending sleepless nights trying to discover one more new solution to one problem or other.

One truth is certain though; there is a limit to the blows a people can take, and one day, someday soon, respite will come from an angle neither the government nor the intellectual class least expect…
God bless Nigeria…

14 thoughts on “The Challenge Of Being A Nigerian Today, An Article By Afeso Albert Akanbi”