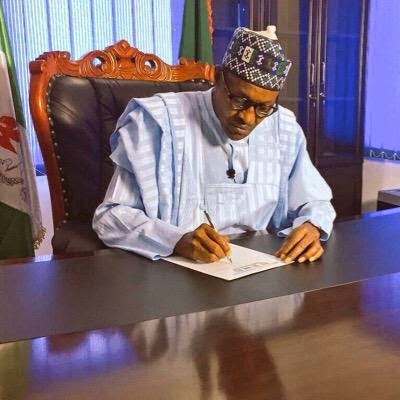 The Director of Media and Publicity of the All Progressives Congress Presidential Council, Mallam Garba Shehu, in Abuja, on Sunday informed Nigerians of an impending change of Title as regards General Muhammadu Buhari and His Vice Prof. Osinbajo.

The media team also unveiled the official portraits of the incoming President and Vice President. However, while this is a clear demonstration of humility by the President-Elect Muhammadu Buhari in line with democratic ethos, it is of paramount importance Nigerians are involved in the process of accommodating the most appropriate nomenclature for a leader whose character is becoming a symbol of integrity around the world.

The abbreviation GMB which stands for General Muhammadu Buhari is not known to many until APC strategists came up with it, within months it became a household name, Nigerians cherish it, adore it, revere it and some individuals became addicted to it with utmost benevolence, as GMB! sai Baba!! Reign supreme everywhere you go.

Nigerians in millions who voted for President-Elect Muhammadu Buhari have never doubted his capability to deliver and take Nigeria to El dorado. He is tested and will forever be trusted. However, those individuals who are skeptical about his credibility to govern Nigeria once again are often quick to criticize his every move even when he is yet to make one.

A General would always remain a General, and removing such title from an individual for political expediency is a welcome idea but to the extent of calling him Muhammadu Buhari in an African certain where elders are revered, courtesy demands when it comes to direct pronunciation of such name, cautions must be applied, and for us to be comfortable with it, the President-Elect must be addressed for simplicity sake as PMB. Thus, making it easier for student of History and international politics to draw a comparison between GMB as a military ruler and PMB as civilian President in a quest to return Nigeria to its pride of place.

To this end, I Abdul Yahaya Oruma, President Northern Youths Intellectual Forum (NYIF) on behalf of the Nigerian Youths suggests we adopt PMB for the President-Elect Muhammadu Buhari to be enforced from May 29th when he takes over power.