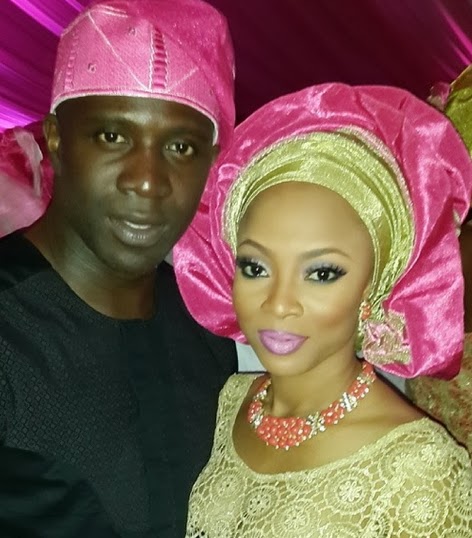 After eleven years of on and off dating, Nigerian On Air Personality, Ms Toke Makinwa and her boo have parted ways.

Maje Ayida exposed this after he took to his Twitter page earlier in the week to expose the crack in the relationship. Toke on the other hand released a video two days ago on how to know when a woman is fed up in a relationship.

Few weeks ago, Toke Makinwa told fans she is engaged to marry her man and that the duo are too busy to plan any wedding for now. As it is now, we learnt her claim is false.

Insiders said Maje Ayida didn’t propose to her. Another source said because age is not on her side, Toke Makinwa has been trying to force her boyfriend of many years to marry her.

She even forced the guy to do a private wedding unfortunately Maje Ayida didn’t show up at the wedding venue (how ridiculous).

Now the relationship is officially over.

Read what Maje Ayida said about Toke Makinwa on Monday:

May be they are not meant for each other.

Some women just need to stop trying hard. If a man is in love, he will do anything to make his relationship work… See Jim Iyke & Nadia Buari..