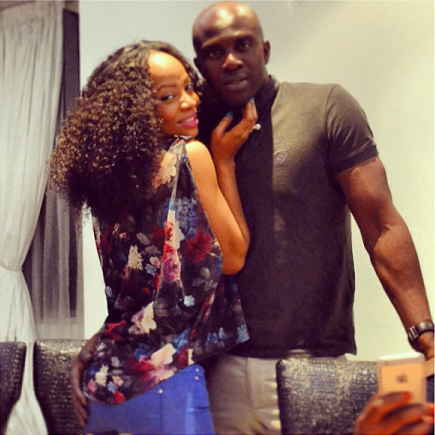 In an exclusive with Punch, Toke said she made a big mistake to have stayed in the relationship for 12 years.

She also gave an hint on what might have crashed the relationship.

“I am not under any pressure to get married. It’s the society that puts pressure on women not minding that divorce rates are high. I was once in a long term relationship with Maje Ayida and it has come to an end. I think it’s unfair for me to speak about our relationship because he is not here to defend himself. He is an amazing guy but it was not meant to be. It’s strange being single again but I am taking it one step after the other. One of the mistakes I made in my last relationship is that we dated for a long time. They were amazing years but they were also 12 long years. When you are faithful to someone, know what you can tolerate. My Mr Right has to be God-fearing, who would not do certain things because he is God-fearing. He has to understand what I do and must not be selfish in any way.”

Hmmm this madam tried ooo. Never heard of people dating for this long.