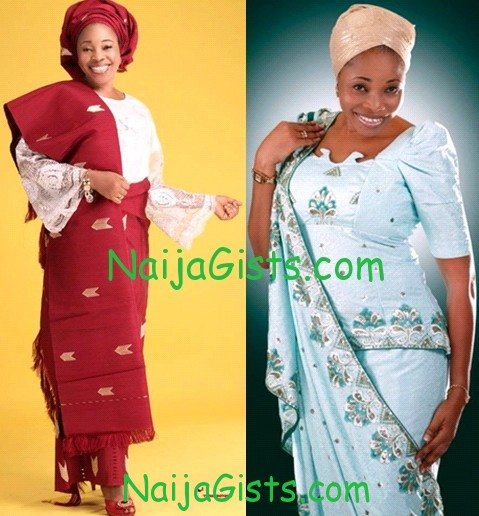 Tope Alabi, also referred to as “Ore ti o common” was born in 1970, in Ogun state of Nigeria. Tope is a multi-platinum Nigerian Gospel singer (artist) and as also acted in a number of Yoruba Nollywood movies. Tope is a movie sound track composer; she started her career in her secondary school days as an ordinary member of the Jesters International comedy group before she broke up from the group in 1984.

Tope Alabi biography is not complete without mentioning the fact that she is the only girl among 3 children born to a family of 5. Tope Alabi age records shows that the singer is 42 years old; she was born on October 27, 1970.

It has been more than a decade that Tope Alabi music career gained prominence in the contemporary Gospel music industry in Nigeria, what makes her unique is her voice as well as her ability to create several melodies with different traditional and modern beats- Tope Alabi has several Yoruba songs in Makossa, Salsa and hip hop beats. “Agbelebu” is Tope Alabi latest album launched in 2012 and just like other albums before now, this one is enjoying fantastic airplays as well.

Tope Alabi is educated; she obtained her primary education in Ibadan, South West Nigeria in 1986, and also obtained a Higher National Diploma in Mass Communication at the Polytechnic of Ibadan. After graduation, Tope joined the Nigerian Television Authority in Ibadan as a correspondent in 1990 and has also worked in several theater groups before she

Some of the bestselling tope Alabi songs are; E Gbe ga, Mino L’Oluwa {medley}, Angeli mi, and Olorun Gbangba, these four songs are the most listened to among Tope’s songs. Tope has also composed over 350 sound tracks for different Yoruba movies.

Tope Alabi as a family woman

Many Tope Alabi fans do not know about her husband- Mr Soji Alabi, the Union was solemnized in 1988 and it has produced 4 children. There are few information about Tope Alabi husband, but some of her children have taken to the footsteps of their mother. It was Tope’s Husband that actually lead her to Jesus in 1988 when there was a revelation that God wanted to use his wife to promote the Gospel through music.

Many kids are referred to as Tope Alabi children because Tope loves kids and she spends a lot of time sharing the world of God and ministering to them through her music.

Tope has performed in several countries of the world which include United states, United Kingdom , and Canada, she is one of the most sought after Gospel musicians in Nigeria today , she performs in more than half of Christian crusades and functions in the country.